OptiBac mentioned in new book 'Antibiotics: Are they curing us or killing us?'

Antibiotic resistance has become recognised as one of the biggest public health threats of modern times. The over-prescription and misuse of antibiotics has caused an exponential increase in antibiotic resistant strains of bacteria, making them an every day problem in hospitals across the UK. It is estimated that drug-resistant strains of bacteria are responsible for approximately 5,000 deaths a year here in the UK, and as much as 25,000 deaths a year in Europe. 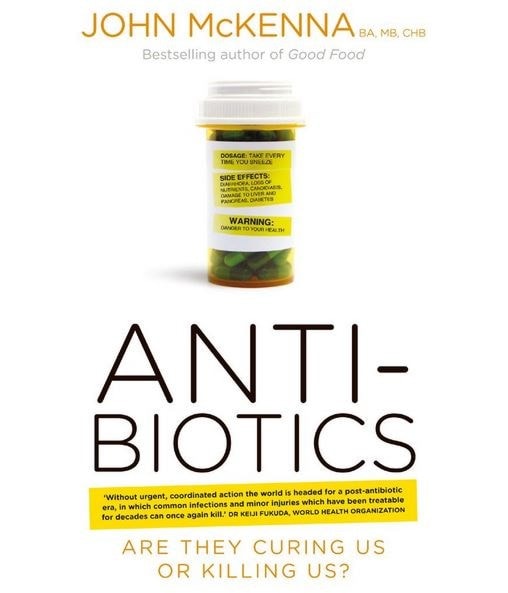 This is the subject of a new book by John McKenna, a retired medical doctor, who has since been practising natural medicine for 25 years. His new book titled, 'Antibiotics: Are they curing us or killing us?' looks at the threat of antibiotic resistance and how we can take responsibility as individuals to slow the increase of resistance. McKenna begins by looking at the short history of antibiotics, since the discovery of Penicillin by Alexander Fleming in 1928, up to the post 1987 'discovery void' of modern times. McKenna is keen to point out that our modern day reliance on a handful of second generation antibiotics, discovered between 1943 and 1961, is part of the problem as no new drugs have been developed in recent times.

McKenna also looks at how antibiotics can affect the human gut, immune system and vaginal flora. He acknowledges that antibiotics are absolutely necessary in some cases and where they are prescribed it is vital that patients use them correctly, as well as taking other precautions such as taking live cultures alongside their treatment. He highlights OptiBac as a brand he would recommend in various cases, he writes, "If you have been on antibiotics, I would choose 'For those on antibiotics' which have two strains of bacteria, L. rhamnosus Rosell-11 and L. acidophilus Rosell-52, both of which have been proven to be of benefit in restoring the gut flora."

Writing about the need for us to take better care of our immune systems, John also recommends taking live cultures to support the immune system, "The best way to avoid an infection is to include curds and whey in your diet, such as live yoghurt, and to take a daily probiotic, such as OptiBac 'For every day'."

We're delighted to have been mentioned in the book and to receive such a prestigious recommendation. Books such as John McKenna's, along with the increasing media coverage and public health campaigns, such as 'European Antibiotic Awareness Day', all help to increase awareness about the risk of antibiotic resistance and how we can help as individuals.