Back to Lifestyle
Lifestyle

Statins as a Preventative Measure?

The press this week has been awash with news regarding statins following a recent proposal from the National Institute for Health and Care Excellence (NICE) for more people to be offered statins in the hope of reducing their risk of raised cholesterol and heart disease. Nutritional Therapist Jo Saunders discusses the new suggestions, and weighs up the pros and cons of taking statins as well as looking at what can be done naturally to reduce risk factors.

At present, patients are offered a prescription statin by their GP if their risk of developing cardiovascular disease is 20% in the next 10 years (this figure currently stands at 7 million people in the UK). Doctors make this decision to prescribe a statin by using a risk calculator called a QRisk2, which calculates a persons risk of having a heart attack based on a number of risk factors such as their age, sex, weight and whether they smoke.

NICE is now suggesting that people with a risk factor as low as 10% should be offered a statin as a preventative measure. To put this in perspective, it would mean that the majority of men over 50 and women over 60 would be taking statins. The new proposal has been greeted with some level of controversy, including the cost implications for the NHS. The current spend on statins reaches a not insignificant £450m, but is there also an implication for our health? It is known that statins carry potential side effects such as muscle, liver and kidney problems.

Statins is the name given to a family of medication with the aim of helping to lower "bad cholesterol", also known as LDL, Low Density lipid cholesterol in contrast to the "good cholesterol", HDL. LDL is considered to be a risk factor for cardiovascular disease as it can cause atherosclerosis (hardening and narrowing of arteries) therefore increasing the risk of strokes and heart attack.

So, is there anything we can do ourselves to help lower our risk for heart disease (20% of which comes from diet and lifestyle factors) rather than relying upon medication? It is widely recognised that eating a heart-healthy diet such as the antioxidant rich Mediterranean diet, combined with regular exercise can be effective for both weight management as well as helping to lower cholesterol. Is there a chance that taking statins may lead to a false sense of security in some, believing they can continue with an unhealthy lifestyle rather than taking positive action for their health?

Of course, taking a tablet or capsule can be much more convenient for some than making dietary and lifestyle changes. Optibac Probiotics 'For your cholesterol' is the first of its kind; a natural supplement combining live cultures and omega 3, Alpha-linolenic acid (ALA), specifically designed to support normal cholesterol levels. ALA has been clinically trialled for its efficacy in maintaining healthy cholesterol levels, and is perfectly safe to take alongside medication, including statins. Unlike statins, it is completely natural and free from any side effects. Read more about 'For your cholesterol'. 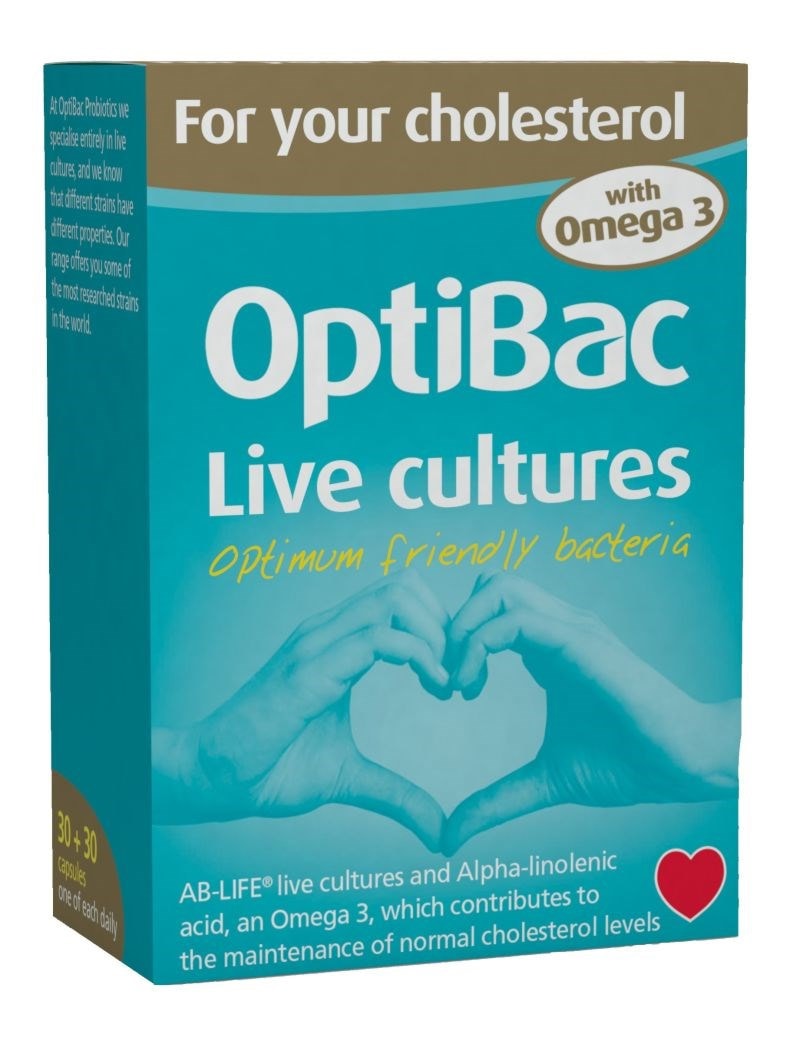