For those of you who closely follow tweets about probiotics (it can't just be me... can it?) you'll know that coffee became a buzz word to grace probiotic tweeters' keyboards, when a US company bought out a 'super' coffee (coffee containing a probiotic). In this article I tell you all about: 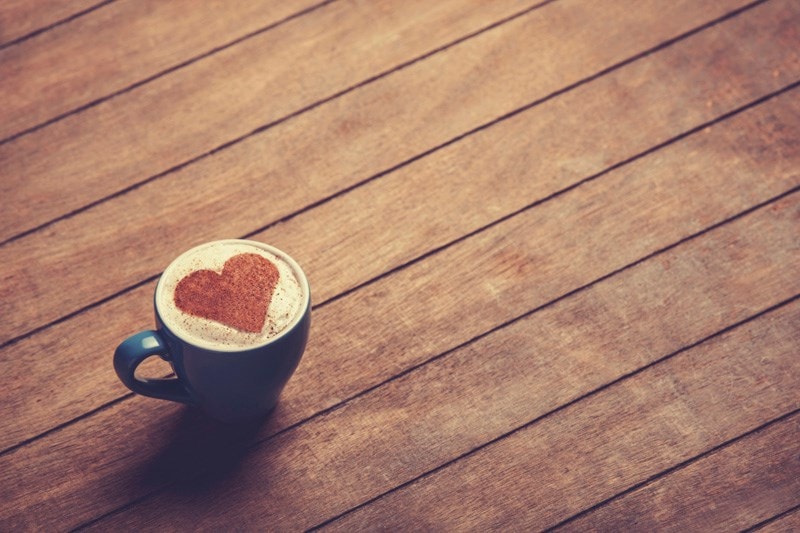 Ok firstly, can I just say that as a rule, coffee is NOT a probiotic. A while ago an interesting company came out with a probiotic chocolate - which was yummy, I tried it. But it does frustrate me now when people occasionally say that chocolate IS a probiotic. Because it's not, pal. If it were, the world would probably be a different place. Chocolate is delicious, and fine in small amounts, but it also tends to contain a lot of sugar (which will feed pathogens in the body), and depending on the ingredients can contain other artificial sweeteners, colourings and additives. Neither coffee, nor chocolate, are health foods.

Right, back to the coffee. The probiotic strain in question, Bacillus coagulans GanedenBC30, apparently has a unique ability to survive in a hot drink - a very impressive feat for a probiotic - as bacteria are by nature sensitive to heat, and we wouldn't usually recommend swigging coffee or tea with your probiotics dose in the morning. (more on that later.) The particular probiotic used is a 'spore-forming' bacteria, which seemingly protects the cell's genetic material from external pressures such as heat.

Is this going to be the new way to take probiotics? Who knows. Do we think it's a good idea? Well, I'm not convinced about the amount of research behind this product, but perhaps we will be proven wrong. I wouldn't suggest swapping from a high quality supplement to coffee just yet... but for any serious coffee drinkers, perhaps there's no harm in exchanging the occasional cup for a probiotic version - as it might well help to support your digestion (or at least minimise the effects of the coffee) at the same time as giving you your morning caffeine fix. Wins all around!

Can I take my Probiotics with Coffee?

Now, probiotics and hot coffee have 'bean' the 'grounds' of many a heated discussion in the geeky probiotic world. I kid you not. This issue is all the more relevant because many professionals recommend taking probiotics with breakfast - when a lot of you like to enjoy a hot drink.

It is true that heat kills bacteria. So you may not want to literally put your probiotics (the usual kind) IN a hot drink. However we don't tend to make a big song and dance about it, because by the time tea or coffee is cool enough to drink, its closer to body temperature - which the probiotics will be subjected to anyway (and can survive if they're put through plenty of tests), so its not really a big deal.

I know this is not black and white (it's brown - hahaa..) so let me demonstrate with a few scenarios:

Do Probiotics and Coffee have anything in common?

1. Here's a unique little nugget of information for you - probiotics and coffee can both be used internally during or after colonic hydrotherapy. Apparently some colonic hydrotherapists insert probiotic enemas via the anus at the end of a colonic, as well as recommending probiotic supplements be taken orally. Coffee can also be used at the end of a colonic, as veins near the anus draw the coffee up into the liver; which can be of benefit to patients who are especially looking to cleanse the liver - for example some cancer patients who want to prevent the spread of cancer into the liver.

I spoke to Linda Booth, Vice Chair of UK Colonics (The Association of Registered Colon Hydroptherapists - ARCH) who explained that this is a perfectly sound practice, and specified that it is "organic, ground coffee - not just instant coffee from the cupboard!" Good to know. If you're interested in finding out more about colon hydrotherapy, you can visit their website, and if you are considering undergoing the therapy we'd recommend finding a reputable practitioner by using ARCH's 'find a therapist' page.

2. Yup, sorry folks, its about bowels again. A lot of people know that coffee can help to make them, you know, 'go'. Certain strains of probiotics can also ease constipation, so this is one area where coffee can have something in common with SOME probiotics. One strain that helps to promote bowel regularity is Bifidobacterium lactis BB-12.

Healthcare Professionals can head over to the Probiotics Database to read more about: Bifidobacterium lactis BB-12®

Apart from those two gems, I can't think what coffee and probiotics have in common at all.