Stand Up for Natural Health

Your guide to the Nutrition & Health Claims Regulation

The European Parliament wants to protect consumers like you by stopping manufacturers like us from making confusing or bogus ‘nutritional or health claims1. Brilliant.

…In theory. This idea saw the birth of the well-intentioned European ‘Nutrition & Health Claims Regulation’ in 2006 which set out to evaluate all ‘nutritional claims’ and ‘health claims’ on food products, judging each proposed claim (out of thousands submitted) before adding the accepted claims to an EU register2, or ‘list’ of accepted health claims. Health claims failing to pass the strict criteria and make the list are to be banned (from all packaging, marketing materials, websites and so on.)

So what’s the problem?

Well, these well-intentioned regulations quickly turned out to be misguided and improperly thought out. The criteria used by EFSA to decide whether or not a health claim passes the test are unnecessarily, excessively & inappropriately stringent, and more fitting to pharmaceutical products than to health foods or supplements3. It’s these criteria that have decided that drinking water does not prevent dehydration and prunes don’t help you poo. Way to go. No, seriously though. It was decided that producers of prunes must not market their relation to looser bowel movements, and makers of water must not state anything about its ability to prevent dehydration - apparently there is insufficient evidence to back up these health claims.

…At the end of the day it seems that the outcome of the Nutrition & Health Claims Regulation could be the absolute opposite of what was intended by the regulation in the first place (facilitating the consumer’s choice, increasing consumer protection, and so on4).

What could this mean?

At this rate, these regulations will mean the banning of 1000s of health claims on various health food products which have been successfully used to help support & promote health for centuries. The passing of these regulations will mean a huge restriction on the information around potential health benefits of certain natural health foods & supplements. Excellent information on natural health like this and feedback on products like this will all have to go.

The natural health industry has come a long way over the years, people are digesting information and taking more control of their own health. Yet these regulations threaten to turn this progress around. 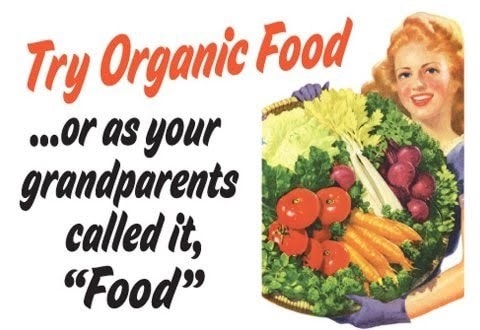 Although its original objectives were sound, the Nutritional Health Claims Regulation now risks taking the health food industry giant steps back in time

In particular threats include:

And for probiotics in particular?

No health claims for probiotics strains have been approved at present. Many, including ours, still await their judgement day. We have faith in the research behind our species and strains, but given the fact that the approach undertaken when assessing health claims has managed to ‘fail’ water for its ability to prevent dehydration… as you can imagine this makes for some very tough judgement.

There is even the distinct possibility that the term ‘probiotics’ itself will be classified as a health claim – meaning that not only can we not indicate what a certain strain may help with, but we would have to remove the word ‘probiotics’ from all of our marketing materials. What would this mean for you? Well you would have to know your Lactobacillus acidophilus Rosell-52 & Bifidobacterium longum Rosell-175 from your Bifidobacterium lactis BB-12® & Fructooligosaccharides. Gesundheit.

Perhaps now is time to take the health food industry back to its heyday of grassroots activism – standing up for what we believe in. For our freedom to access information regarding our own health, and to make our own decisions about what we put in our mouths.

Its time to get political. It’s time to make a stand, and veto the regulation.

It’s not necessarily time to throw in that 100% organic cotton towel just yet, for some good news came this weekend: Members of the Environment, Public Health and Food Safety (ENVI) Committee in the EU parliament have lodged an official objection to progression of these health claims regulations - i.e. They are backing the campaign to veto the regulations.

This is good news, and a step in the right direction. However it is necessary to point out that this was a relatively small amount of MEPs. As Robert VerKerk PhD, Director of the Alliance for Natural Health, says ‘We need more of everything: more letters, more emails – in fact, more communication of all sorts!’

What can you do?

Our team and our close friends have all written to our respective Members of European Parliament (MEPs) - covering 22 in total6.

You can write to your MEP too. There’s still time.

Want to do more? In particular you can ask your European friends to write to their MEPs. This is our current understanding of the situation – that in the UK we are lobbying our MEPs but we need to make sure other European countries do the same, in order for this veto to stand a chance.

What else? Help us to spread the word by sharing & linking to this post, linking to the campaign by the Alliance of Natural Health (ANH), and by talking to your friends and family about the importance of this campaign.

It’s a complex and overwhelmingly frustrating situation for people in the health food industry. Number 58 on this list doesn’t even seem so unusable anymore.

In the meantime, I leave you with some words from Robert Verkerk from ANH:

‘The proposed regime will leave a lot of the healthiest foods and food ingredients without claims, which will be a great disservice to the public and to disease prevention through dietary means’

“…most of the rejected health claims actually have plenty of scientific and clinical evidence backing them up. It’s just not the very specific type of evidence that EFSA is demanding”.

1. A nutritional claim is a statement regarding the nutritional ingredients of a product, for example ‘high in calcium’ or ‘low in salt’. A health claim is a statement that the food or food supplement in question can support health, for example ‘promotes immunity’ or ‘supports digestion’. As a note, ‘health claims’ are not to be confused with ‘medicinal claims’ which can only be made by licensed medicines – and not by health food supplements. An example of a medicinal claim would be ‘this product will cure / treat/ prevent colds and flus.’

2. The list is known as Article 13.1 or Article 13(1); MEPs will be voting on whether to accept or veto this list on 27th April 2012. The European Food Safety Authority (EFSA) decided on the 220 health claims which were accepted and appear on Article 13.1; these 220 accepted health claims relate to just 70 foods or food ingredients. 2758 health claims were submitted!!! Over 2,000 were rejected. If the law is approved by MEPs these rejected claims will no longer be allowed. A further 2,000 or so health claims remain to be judged; most probiotics remain in this category.

3. One illustration of the inappropriate nature of the criteria: in order to be considered, studies must be carried out on healthy populations as opposed to diseased populations. So, if we had (for example..!) specific studies on probiotics improving the health of those with IBS, these studies would automatically be disregarded, and not considered when deciding whether or not the claims should be accepted.

4. Some more of the intended objectives of the NHCR can be found in this document from 2006

5. As pointed out by the Alliance of Natural Health International, the European Convention for the protection of Human Rights and Fundamental Freedoms states that EU action should be directed towards improving public health, including ‘promoting… health information and education..’ (Article 168, ECHR).