Which probiotics are for IBS?

When choosing a probiotic, it is best to opt for one which has plenty of research behind it. You want something that has been ‘scientifically tested’ - and rightly so! The best type of research to look for is a clinical trial, because it shows how the probiotic performs in real people with real health conditions, compared to a placebo.

So, with a probiotic for IBS (Irritable Bowel Syndrome) it is a good idea to look for one which has been shown in clinical trials to be beneficial for this condition.

Luckily, probiotics have been shown in many clinical trials to support health in those with IBS. However, it is important to take a few things into account when looking at these trials, to help you make the best decision about which probiotic to go for. First of all, there are different types of IBS, so for a start it is essential to figure out what type of IBS you are dealing with. Then, you need to be aware that there are so many different types of probiotics (called different strains) and they all have different properties. In this article, we hope to make things clear for you by outlining the different types of IBS, and then looking at which strains of probiotics have been shown in clinical trials to be best for supporting health with each type of IBS. 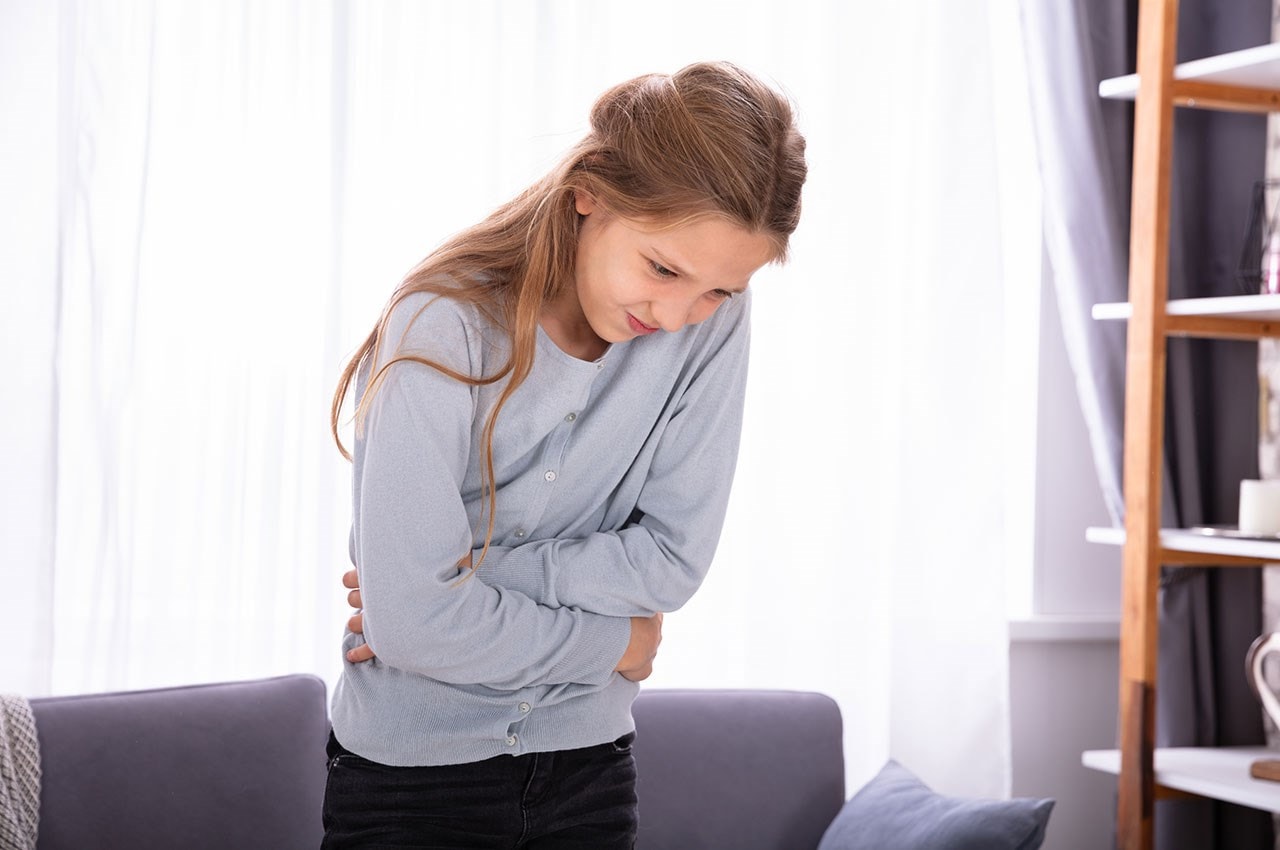 Those with IBS and frequent bouts of diarrhoea are suffering with IBS-D. If this is something you suffer with, you may consider the probiotic Saccharomyces boulardii which has been shown in many clinical trials to help support gut health in those with diarrhoea. This is a unique probiotic microorganism because it is actually a yeast – in fact it is the only yeast which is friendly enough to be called a probiotic. It has over 50 years of research, and is actually recommended in many hospitals in countries throughout mainland Europe for people with diarrhoea. As well as diarrhoea caused by IBS it has also been shown to be beneficial for diarrhoea associated Inflammatory Bowel Disease (IBD) and antibiotic-associated diarrhoea and traveller’s diarrhoea.

Pediococcus acidilactici CECT 7483, Lactobacillus plantarum CECT 7484 and Lactobacillus plantarum CECT 7485 have also been shown in a clinical trial to benefit those with IBS-D1. This trial measured improvements in the quality of life of the participants, in relation to their IBS symptoms, which is thought to be one of the most accurate ways of measuring the effectiveness of the treatment.

Those with IBS who find it mainly causes them to have constipation are suffering with IBS-C. If this is something you suffer with, you may consider taking a natural supplement containing a specific probiotic strain called Bifidobacterium lactis BB-12® which has so many clinical trials supporting it, that it is thought to be the most well researched strain in the whole Bifidobacteria genus. In the clinical trials this strain of probiotic has been shown to be particularly helpful for those with constipation, and promoting more regular bowel movements, which are easy to pass, as well as supporting gut health in general.

Healthcare practitioners can find out more about B. lactis BB-12® on the Probiotics Database.

One double-blind, randomised, placebo-controlled clinical trial involved over 100 women with a tendency towards constipation who were given a supplement including Bifidobacterium lactis BB-12® and prebiotics2. Intestinal transit time (the time it takes for food to move through the gut and come out the other end as a bowel movement) decreased significantly in the probiotic group by -40.9% compared to the placebo group which saw a decrease of just -13.8%. This means that those who took the B. lactis BB-12® supplement were no longer constipated and had normal bowel movements compared to those who took the placebo.

IBS-A (A for 'alternating digestive symptoms')

Many people with IBS find they have alternating constipation and diarrhoea. So for a few days you may be constipated, but then once the bowels get moving you find you have to run to the loo until things settle down again. This is also known as IBS-M (M for mixed type).

One option is to try a high-quality, general, daily probiotic. Two strains, Lactobacillus acidophilus NCFM® and Bifidobacterium lactis Bi-07 have been specifically trialled in those with IBS and shown to reduce bloating and abdominal distension3. In combination they are ideal for anyone suffering from any type of IBS, not only to regulate bowel movements but to also specifically help to relieve the general symptoms of chronic bloating, abdominal distension and abdominal cramps.

And even on its own L. acidophilus NCFM® has been shown to be effective in improving symptoms of patients with IBS4:

Bifidobacterium infantis 35624 is also known as 'Bifantis', and has been researched in those with Irritable Bowel Syndrome with positive results5. An 8-week trial with 75 participants associated B. infantis 35624 with reduction in pain, discomfort, bloating and constipation. Healthcare practitioners can refer to the Probiotics Database, which has more information on this strain.

A specific strain of the L. plantarum species (L. plantarum Lp299v) has also been clinically trialled on participants with IBS, and has been shown to reduce IBS symptoms6. A 4-week clinical trial of 60 IBS sufferers showed that those in the probiotic group had a decrease in flatulence and pain, and more consistent bowel movements. Again, healthcare practitioners can visit the Probiotics Database to find out more.

It is worth noting that other L. plantarum strains will have been researched in different areas - e.g. L. plantarum CECT 7527, L. plantarum CECT 7528 and L. plantarum CECT 7529 have been clinically trialled and shown to reduce cholesterol levels, but have not been shown to be beneficial for those with IBS. We see the importance of choosing the most suitable strain of probiotic for any given condition. For more information on strain-specificity, you might be interested in The Cure-All Myth and The Strain Myth, in our Probiotics Myths section.

If the previous types of IBS don't sound quite like you, then you might be struggling with IBS-U. This form of IBS is characterised by a stool consistency that doesn't fit in the other categories. In other words, you might experience both loose, watery stools and harder stools, but both less than 25% of the time.

This type tends to be less common than the others, but has similar causes, including reduced gut motility, increased gastroinestinal sensitivity, or an imbalance of bacteria in the gut and bowels. There is also evidence to suggest a gut-brain connection7.

Probiotic strain Bifidobacterium lactis HN019 has been researched for IBS, and more specifically to improve intestinal transit time8. This can help with the sluggish gut motility often associated with IBS-U. 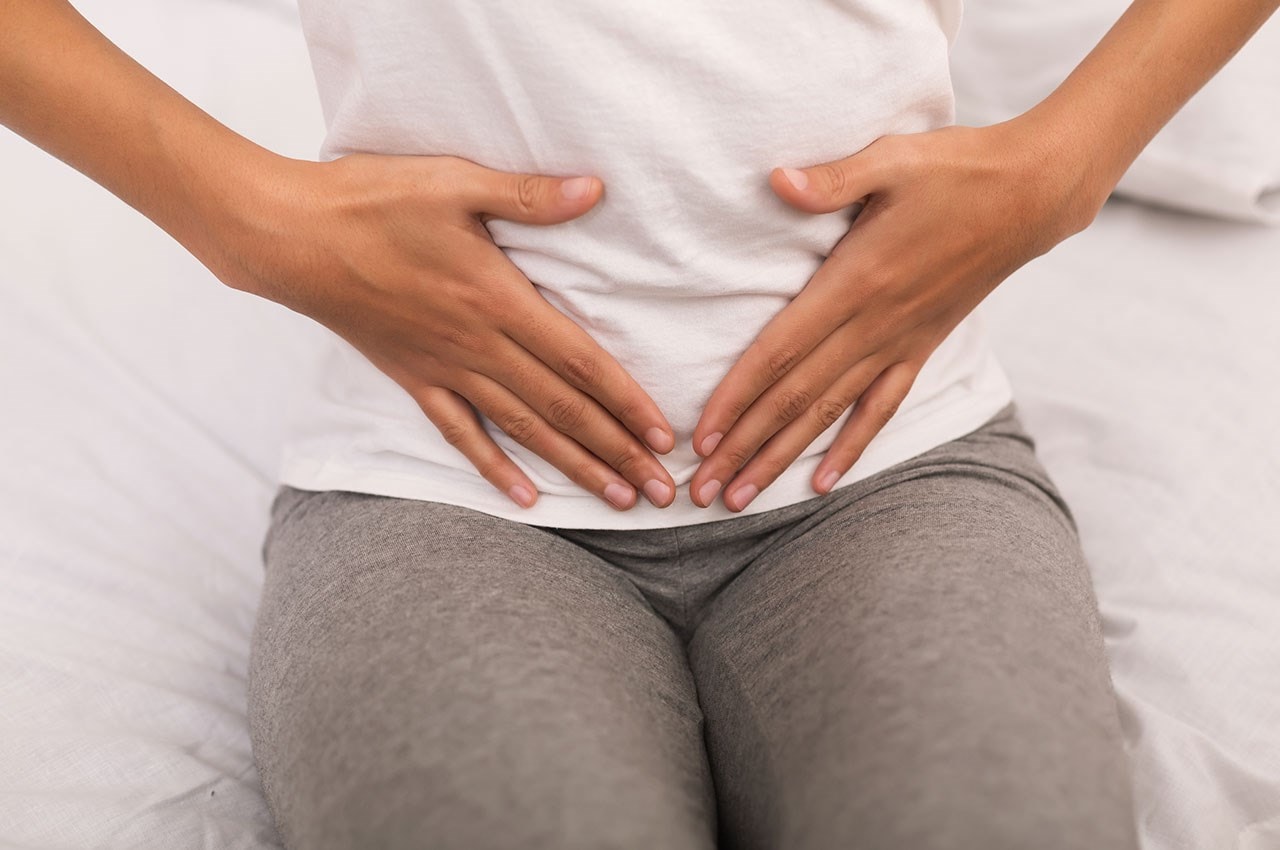 Most people with IBS suffer with some bloating. At certain times the bloating can really flare up, when aggravated by factors such as stress, or eating particular foods, for example gluten- or dairy-containing foods. However, there are many different high quality probiotic strains that have been shown to alleviate and prevent bloating, including Lactococcus casei Rosell-1058 and Bifidobacterium infantis 35624. The former produces two specific enzymes to aid in the digestion of foods which often exacerbate bloating: α-glucosidase and ß-galactosidase. α-glucosidase can help to digest starch (e.g. bread, pasta), and ß-galactosidase can help to digest lactose (e.g. milk, ice cream).

At the end of the day, everyone is different, and different IBS sufferers will have different gut floras to one another. With probiotics it is often a case of trial and error to find which species and strains work for that individual, and will obviously also be dependent on budget. There is no harm, in 'mixing and matching' different products - in fact this can often be the best way of catering for the specific needs of the individual. For more information on this topic, see Is it possible to overdose on probiotics?

If you are unsure as to what type of IBS you have, (and/or if you have IBS-A) and would like to try a probiotic, it is probably best to opt for a high-quality, daily probiotic supplement. This offers the most well-rounded approach for someone with general IBS symptoms.

It's worth reiterating the importance of selecting probiotics that have been clinically trialled, wherever possible, in those with IBS, or those with particular symptoms of Irritable Bowel Syndrome, such as constipation, diarrhoea and/or bloating. To find out more about the clinical trials and research into probiotics, check out the Research Myth.

A combination of probiotics and prebiotics, such as Fructooligosaccharides, might also be beneficial for your IBS. Whilst typical sources of prebiotics, such as fermented foods, can actually serve to worsen IBS symptoms, it is important to include prebiotics in your diet so as to best support your gut bacteria. Prebiotics act as a food source for probiotics, and, as discussed above, probiotics can be extremely useful in helping to alleviate symptoms of IBS9. In one study10, it was found that IBS-related anxiety was reduced after 4 weeks of taking prebiotic galactooligosaccharide mixture. Therefore, you might consider finding ways of taking prebiotics that work for you, in foods like bananas and plantains for example, as these possess prebiotic qualities but at lower levels of fermentation. 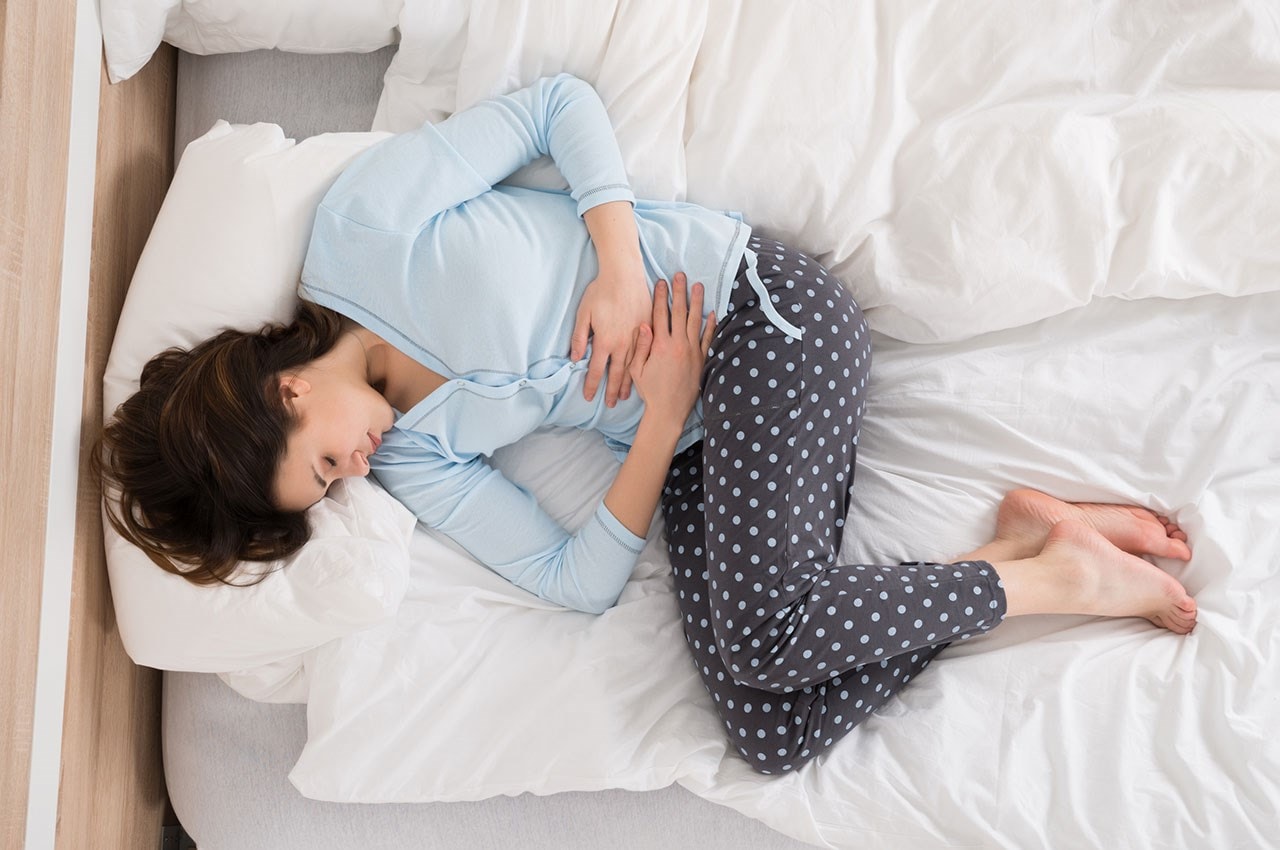 IBS affects our society in huge numbers - up to 20% of the UK population are sufferers, with women twice as likely to be affected as men. Common symptoms include bloating, constipation and/or diarrhoea, and abdominal discomfort. The most commonly used diagnostic method for IBS is the Rome criteria, which measures IBS by assessing stool frequency and consistency as well as abdominal discomfort. As we have seen above, the Rome criteria classifies IBS into these subtypes:

Although there is no clearly defined cause of IBS, many sufferers often report that symptoms are exacerbated by dietary factors such as wheat and dairy products, which are high in FODMAPs (Fermentable Oligosaccharides, Disaccharides, Monosaccharides and Polyols), and lifestyle factors such as high stress levels, as well as an imbalance in good and bad bacteria in the gut.

Several studies have documented the link between gut microflora and IBS symptoms. Sufferers often have lower levels of beneficial gut bacteria e.g. Bifidobacterium species, and increased levels of gut pathogens e.g. Clostridium species. We have seen above how specific probiotics may support reduction of specific IBS symptoms. In addition, generally speaking, supplementing with a high quality probiotic may help to reduce IBS symptoms in the following ways:

The NHS has recently included the use of probiotics as part of tips recommended to help relieve IBS symptoms 11.

This is a big milestone in the world of probiotics because, although probiotics are routinely prescribed in many European hospitals, it wasn’t always part of the NHS recommendations. The NICE guidelines (National Institute for Health and Clinical Excellence), which provides evidence based guidelines/framework that many medical and health care professional work within, now recommends that probiotics can be used for at least 4 weeks for managing IBS related symptoms12.

The NHS website states that: "Probiotics may help reduce bloating and flatulence in some people with IBS."

The inclusion of probiotics for IBS relief was due to the result of a systematic review by Moayyedi et al., published in 2010, which concluded that probiotics were effective in the management of IBS10.

Although it might take a little longer for probiotics to be recommended/prescribed by the NHS for other health issues, it is promising that the potential benefits of probiotics are being recognised and they are now being recommended for issues like IBS and symptoms of lactose intolerance.

If you are an individual suffering with IBS-D, consider ‘Saccharomyces boulardii’. For those with IBS-C, you might consider a strain such as Bifidobacterium lactis BB-12®, and for any other type of IBS, consider a high quality, everyday probiotic supplement - preferably containing strains that have been clinically trialled in those with Irritable Bowel Syndrome.

For more information on specific probiotic strains and the clinical research behind them, healthcare practitioners can visit the Probiotics Database.

Please note: if you are struggling with IBS, we advise you to seek advice and assistance from your healthcare practitioner in all instances.