For a long time our understanding has been that the womb is a sterile environment for a baby as it develops, and that it is not until the baby is born and it passes through the birth canal that it picks up its first ‘inoculation’ of bacteria from the mother.

However, recent research findings have indicated otherwise and the placenta has been found to have bacteria presenti that are thought to transfer to the baby while still in the womb.

Are babies exposed to bacteria in the womb?

A 2014 studyii looked at tissue samples from 320 placentas and identified that there were indeed microbes present. They found a bacteria called Fusobacterium nucleatum, which is normally found in the mouth. The researcher suggests that a possible explanation for this could be taken from an earlier animal studyiii which identified that this oral microbe was able to adjust the blood vessels’ structure to allow for the movement of microbes through the blood system. This may also be why cases of gingivitis are considered risk factors for pregnancy complications.

This research study also found that the microbial composition of the placenta was different in pre-term births (before 37 weeks) than in those who carried to full term (40 weeks). This could explain why pre-term babies are at increased risk of neurological and respiratory problems later on, as it is hypothesised that these microbes from the placenta may be involved in the significant brain and lung development that occurs between these two points of pregnancy. Further research needs to be carried out into the consequences of missing out on this important microbial change, for prematurely born babies.

Interestingly, other findings have also supported the theory that the womb is a ‘non-sterile’ environment. A 2012 study which administered oral probiotics during pregnancy showed benefits in the developing baby. This studyiv recruited 43 mother-infant pairs, of which 29 completed the trial. The pairs were randomly assigned a probiotic supplement (containing either Bifidobacterium lactis on its own, or B. lactis and Lactobacillus rhamnosus -GG in combination) or a placebo product for 14 days before their scheduled C-section.

Bacteria in the amniotic fluid and placenta were tested against the babies’ gut once it was born. They found that microbial DNA in both amniotic fluid and placental tissue were associated with immune related gene expressions in the babies gut, and that these positive correlations were not found in the placebo group. This indicates that the microbial contact the baby has in the womb may impact foetal immune development and physiology . 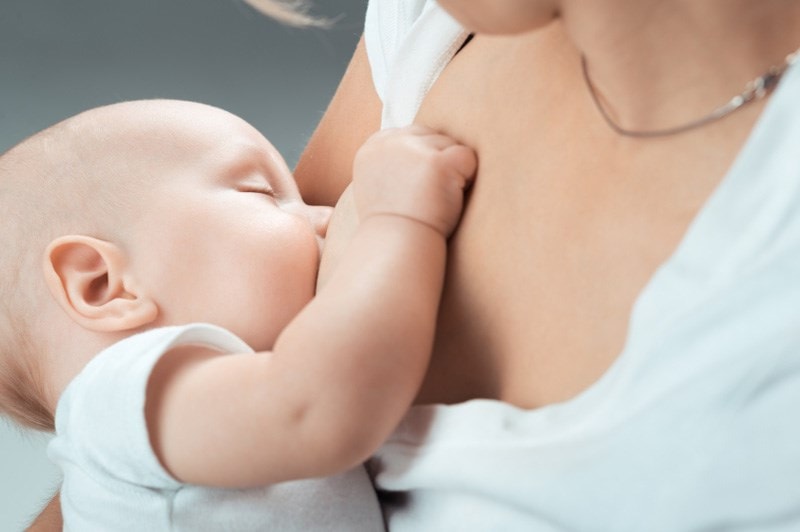 In another 2012 studyv by the same author it was found that supplementing a mother with probiotics for 2 months before birth and throughout breastfeeding, successfully reduced the risk of eczema in those infants with mothers who test positive for allergies in a skin prick test. (Read more about probiotics and eczema here.) Conclusions were positive but it was unclear as to whether the beneficial effects of the probiotics were transferred whilst the baby was still in the womb, or whether they were transferred in the breast milk.

Either way; these findings have highlighted the current lack of true knowledge and appreciation for the significance of the placenta on foetal development. The ‘Human Placenta Project’ (HPP) has since been developed with the aim of increasing research into the role of the placenta in health and disease; the placenta is possibly one of the most important, yet least researched organs, and it influences the health of both mother and child during pregnancy and also the lifelong health of both.

Recent research has challenged our previous understanding that the womb is a sterile environment, in fact indicating that the placenta may harbour bacteria that are significant for foetal development. While research is growing in this new area, we already know that the microbes a baby is exposed to at birth are important for childhood development and immune health from birth and throughout life. For this reason pregnant mothers could possibly benefit by taking a probiotic formula that has bacterial strains that are known to support infant immune health during her pregnancy (especially the last trimester) and also during breast feeding.

To read more on the fascinating topic of the role of probiotics in infant development, you may like to read the following blog posts: