Is White Bread a Prebiotic?

Results of a Spanish study, which looked at the effects of diet on gut flora, have recently been published in the American Chemical Societies ‘Journal of Agricultural and Food Chemistry’. The study involving 38 healthy adults looked for correlations between dietary habits and levels of ‘good’ bacteria in the gut.

Amongst the findings the researchers noted that regular consumption of white bread appeared to raise levels of Lactobacillus in the intestinal tract. This finding has since been the focus of an article in the Daily Mail, who posed the question of whether the much maligned white loaf could in fact be good for us after all? 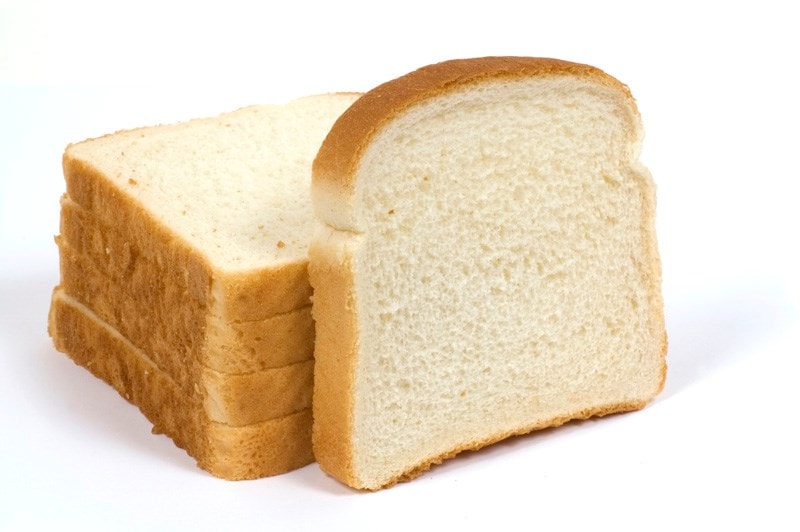 Scientists involved with the study suggested that the rise in Lactobacillus could be down to resistant starch in the bread, acting as a prebiotic. Prebiotics are undigestible fibres that act as a fuel source for probiotic colonies in the digestive tract, and promote their growth. There are different classifications of prebiotics, including: fructooligosaccharides, galactooligosaccharides, inulin and lactulose.

Whilst white flour does still retain a small amount of undigestible fibre, the quantity is far less than you would find in an unrefined, less processed, wholemeal flour. Over half of the fibre found naturally in wholegrain wheat is lost during the manufacture of white flour, as the nutritious bran and germ are removed.

The Daily Mail article did not mention whether those study participants that consumed wholemeal bread on a regular basis also had greater levels of Lactobacillus. It would be interesting to be able to make this comparison.

You would need to eat an unfeasible amount of wholegrain wheat flour (and even more white wheat flour) to meet the suggested daily amount of 5-10g of prebiotic fibres per day.

As with any study, the results are only as reliable as the study methods allow. The Daily Mail article only mentions that the study was carried out using dietary questionnaires and subsequent stool analysis, which allows for many variables. With this method of study it is difficult to know which element of the diet to attribute any beneficial findings to. Perhaps the people that were eating white bread, were also consuming lots of onions and garlic for example?

Due to the many negative health implications of consuming a diet that is high in refined white flour, such as poor blood sugar regulation and increased inflammation, I would recommend finding healthier sources of prebiotics, such as Jerusalem artichoke, leeks, onions or garlic to improve your gut flora. Oats have also been found to improve levels of friendly bacteria, so porridge is another good option.

Alternatively, supplements can be a handy way to make up for any dietary shortfall. Prebiotic fibres such as FOS are included in several Optibac supplements, such as 'Bifidobacteria & fibre'. So, I wouldn’t recommend you start reaching for that processed white loaf just yet…