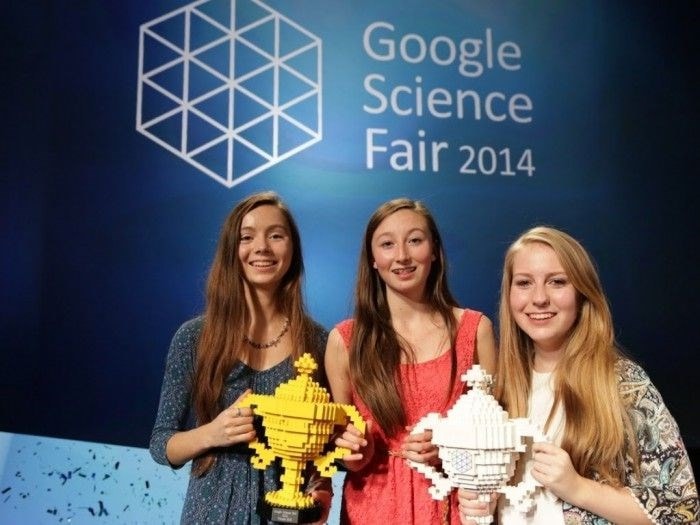 It’s ironic that our generation has grown up to be so afraid of bacteria. After all, our world began with these little organisms. We are literally surrounded by them. They are in our soil, in the air, in the water and, as we now know, in our bodies. There’s even research to suggest they affect our mind too! Of course some of them are not so helpful but the others are very beneficial. Fundamentally though, the diversity of bacteria lead to the diversity of our life. And yet we do everything to try and wipe them out. So maybe we should embrace bacteria more? Some people appear to be embracing bacteria in ways we just wouldn’t have thought of!

These clearly inventive and inquisitive young women have discovered that a certain type of bacteria (diazotroph) can speed up the growth of crops! The girls had their interest sparked when one of them found a nodule on a pea plant in her garden. They found out that this nodule was caused by a species of bacteria called Rhizobium which is known to have a symbiotic relationship with the legume plant and speed up its growth.

These young scientists observed that a plant is at its most vulnerable to failing at the germination stage, yet the bacteria speed up this process. After testing the performance of 9,500 seeds they discovered that two particular species of Rhizobium, R. leguminosarum and R. japonicum, could significantly speed up the germination of cereal seeds (by up to 40% and 28% respectively). And very excitingly R. japonicum also increased the dry yield of barley by 70%. 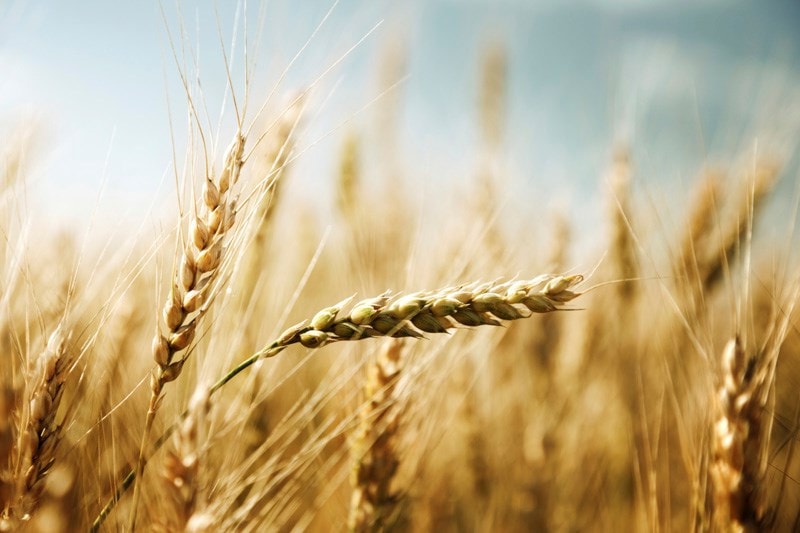 According to agricultural experts including Dr. John Spink, the Head of Crop Science at the Irish National Agri-Research Center, barley has far fewer stalks per unit area than other plants. So an increase in yield would make this a much more attractive crop for many farmers. This is an incredible result and very exciting when you apply it to world crop issues. Could these little microscopic organisms start to change the outlook on the issue of worldwide hunger? These innovative and determined young women won the 2014 Google Science Fair. Well done to them from us.

Another amazing bit of research with potentially global significance was again discovered by two teenage girls. These young women have identified a strain of bacteria which breaks down the phthalates in plastic (chemicals added to plastics to make them flexible and durable, yet which are linked to health problems). 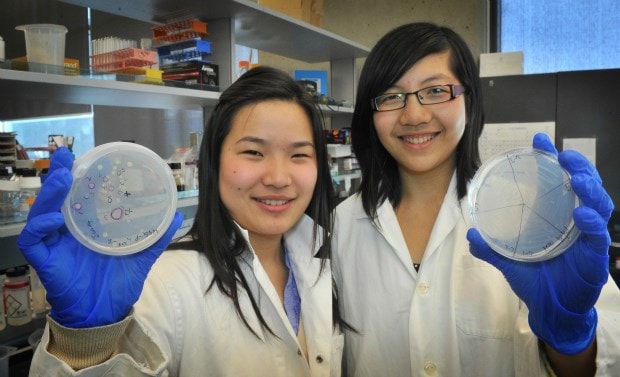 These students were shocked to find out that flexible plastics containing phthalates take an enormous 5,000 years to break down! However, these phthalates are not covalently bonded to the backbone of the plastic molecular structure and therefore easily leach into the environment. And not only that, but these chemicals are though to potentially have damaging effects on our bodies, and have been linked to reproductive issues and infertility, miscarriages, asthma, and premature breast development! The Environmental Protection Agency even classified this group of chemicals as a top-priority pollutant, as phthalates have been linked to cancer and birth defects, by acting as a hormone disruptor.

The girls had read that each year, the Vancouver municipal government monitors phthalate concentration levels in rivers to assess their safety. So they decided to look into whether there were bacteria in this river that had evolved to break down the chemicals. These gutsy young women then presented this idea to Dr. Lindsay Eltis at the University of British Columbia, who helped them with the resources to research this in a laboratory. Through trial and error, and gene amplification sequencing these girls found five bacteria which live off phthalates. Three of these had already been recognised but two were completely unknown.

This is such an exciting discovery and as one of the girls said ‘We can apply this to waste water treatment plants to clean up our rivers and other natural resources. And perhaps one day we'll be able to tackle the problem of solid plastic waste.’ The young students shared this research at the Sanofi BioGENEius Challenge competition and were recognised with the greatest commercialisation potential. Although they were not the first ones to find bacteria that can break down phthalates, they were the first ones to look into their local river and find a possible solution to a local problem.

And that solution is... bacteria! We love those little organisms!

It seems that bacteria may not only potentially have global implications but they can possibly change our eating habits too! Browse our blog posts for unusual actions of bacteria in the body.

And for more information specifically about women and bacteria, take a look at the following links:

What do women's probiotics and women's rights have in common?