What is the Gut-Brain Axis?

The Gut-Brain Axis is currently a hot topic, and it's only getting bigger. This idea of a gut-brain connection is nothing new: ‘Go with your gut feeling’ is a very old saying. But over the past ten years hundreds of scientific studies have explored the potential of this fascinating subject.

The US National Institute of Mental Health invested over US$1 million into a research programme that tried to unlock the secret biological pathways between the microbiome and the brain. (Follow the link to read more about the link between the gut microbiome and mental health). The study results were presented in November 2015 at the meeting of the Society for Neuroscience in Washington DC called under the title: ‘Gut Microbes and the Brain: Paradigm Shift in Neuroscience’1.

This wave of interest has also yielded multiple books on the gut-brain connection, such as Dr. Robert Perlmutter's book ‘Brain Maker’, and Giula Enders book, ‘Gut’, which included a chapter on ‘The Brain and the Gut’.

The physical connection between gut and brain

But how do these two remote areas of the body interact? In physical terms, the brain is connected to the digestive system by the vagus nerve, the longest of twelve different cranial nerves linking our intestinal nervous system to the central nervous system (CNS). This vital part of the neural network controls and co-ordinates a variety of key but ‘unconscious’ bodily functions from our heart rate to the digestive process.

Where does the microbiome fit in to the gut-brain axis?

We’ve established the physical connection between the gut and the brain, but what part do our gut bacteria play?

Studies suggests that microbes in the gut actually release chemical messengers that influence cell responses along the vagus nerve – acting just like our body cells – and send communications via the vagus nerve to the brain.2,7 The gut bacteria provide the (bio)'chemistry' that binds this couple together!

How does the ‘gut-brain’ connection affect our mental health?

The most obvious gut-brain connection is the ‘fight or flight’ response which sends us running to the loo in stressful situations, but scientists are now recognising that may be far broader implications for health.

Neuroscientists are establishing a role for the gut microbiota in many mental health disorders from Parkinson’s disease to depression, while other studies have investigated the potential of probiotics in the support of social anxiety and other related conditions. Health professionals can read about probiotics for stress and anxiety over at our sister site: Probiotics Professionals.

Altered gut microbiota and digestive issues are often noted in children with Autism Spectrum Disorders (ASD), and it is believed the gut-brain connection could have a significant role in the development of the condition and the behaviour of those affected 3.

Depression is by far one of the most common mental disorders in modern society, and millions of people worldwide suffer from a broad range of syndromes falling under the term ‘depressive disorders’.

This term encompasses a variety of conditions from social anxiety to seasonal affective disorder, and is linked to other mental health disorders such as ‘OCD’ (obsessive compulsive disorder) and PTSD (post-traumatic stress disorder).

‘Psychobiotics’ – the anti-depressants of the future? 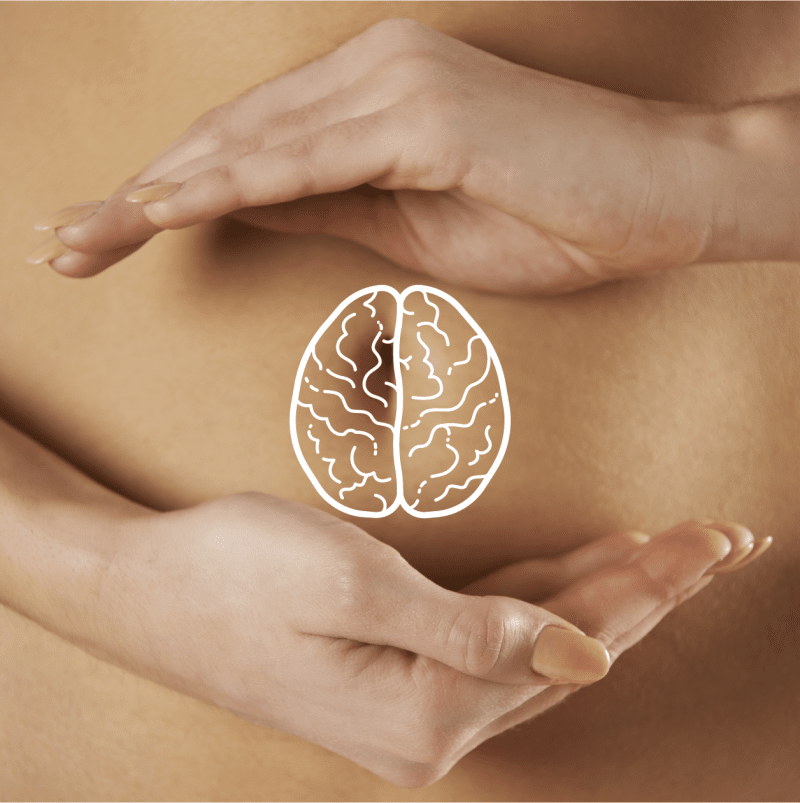 Could future mental disorders be helped by manipulating the gut microbiome? Furthermore, could probiotics be utilised to provide a natural option to use alongside, or even instead of, anti-depressants?

Specific studies have looked at the possibility of applying probiotic bacteria to help alleviate symptoms of depression;

A recent study published in the journal ‘Nutrition’ looked at the effects of probiotic supplementation on a group of subjects known to be suffering from Major Depressive Disorder. Forty participants aged between 20 and 55 years old were separated into two groups: one group was given a probiotic supplement containing three species of bacteria, Lactobacillus acidophilus (2 × 109 CFU/g), Lactobacillus casei (2 × 109 CFU/g), and Bifidobacterium bifidum (2 × 109 CFU/g), and the other group was given a placebo. Their diets were also assessed along with their exercise regimes.

After an eight week period, the group given the probiotics saw significant and measurable improvements on their Beck Depression Inventory, insulin, homeostasis model and assessment of insulin resistance.4You can read more about this concept in our blog: ‘Psychobiotics – just a fad? Or here to stay?'

Our diet can also significantly affect our mental health - the food we eat directly influences the type of microflora that flourish in our intestines. Dr. Perlmutter, president of the Perlmutter Brain Foundation, recommends that a diet rich in fermented foods and good bacteria is key to good brain health, and suggests a diet plan in his book, 'Brain Maker'.

Professor Tim Spector from King’s College London conducted an experiment assessing the effects of junk food on the microbiome of his son, Tim junior. Prior to the experiment, young Tim’s gut microflora contained over 3,500 different species of bacteria, but after ten days these populations had plummeted down to just 1,300 species. Wipe-out!

Does our unique microbiotia influence our personality?

Do tantrums begin in the tum? Do certain types of bacteria affect our behaviour? Should future psychological profiling tests include a breakdown of our gut microbiota?

Studies suggest that pathogenic bacteria make us crave sugary foods6 and a recent study indicated that gut bacteria significantly affected the mood of toddlers. The research at Ohio State University focused on the spectrum of bacteria extracted from the intestines of a group of children.

The study was originally focused on the role of the gut bacteria in the development of future health issues such as obesity, asthma, allergies and bowel disease. But whilst looking for clues as to how these toddlers’ microbiome might influence their adult health, the researchers noted that the presence of certain types of bacteria, the diversity of species and the size of the bacterial populations noticeably affected the behaviour of the children.7,8Fascinating stuff!

A marriage made of gut health and mental health

If you are trying to support mental health symptoms, then it appears that the key to our overall state of our sense of well-being lies in ensuring that there is a healthy relationship between our gut and our brain.

New to probiotics and gut health? Find out more:

Gut Health - All You Need to know
What Are Probiotics?
Why consider probiotic supplements over yoghurts?