We've all had that feeling of being stressed - or a feeling of unease in our gut. Anyone who is familiar with IBS, food intolerance or cravings, will no doubt know how strongly our gut can influence our mood. What a lot of people might not realise is that stress and emotions can trigger common digestive complaints like bloating and constipation.

How does stress cause bloating?

Essentially, when you're feeling anxious or stressed, your brain goes into a ''Fight or flight'' mode and stops your body from properly digesting food until things get back to ''normal''. However, when you're in a stressed state for a long time you never fully come out of that ''Fight or Flight'' mode, which means your digestive system is compromised and symptoms of digestive upset such as bloating may occur. Continue reading to find out what is happening in our gastrointestinal tract when we are stressed.

Within the gut, specifically the lining of the gastrointestinal tract, is a complex network of nerves known as the enteric nervous system (ENS)1. In charge of keeping the gut organised and functional, essentially working as the gut's brain. Unlike other systems the ENS is able to independently send and receive information, record experiences and respond without having to involve the brain and central nervous system (CNS)2, the nerve system for the rest of the body.

However, both systems are cooperative and in constant two-way communication. For example the CNS recognises the sight or smell of food triggering the ENS to produce saliva and digestive enzyme secretion, while the ENS provides the CNS with information letting us know when we're hungry, bloated or in pain. Made up of similar cells and utilising many of the same neurotransmitters, research continues to show that both the ENS and CNS are heavily influenced by one another.

The gut-brain connection is a rising topic of conversation. An important role in relationship between the gut and the brain is an important CNS neurotransmitter involved in psychological well-being and happiness. We’ve found that over 90% of the body's serotonin (one of our happy hormone) is found within the gut, where it's involved in peristalsis (involuntary flow of the gut), secretion and sensation.

Some 50% of the body's dopamine (involved in motivation and arousal) alongside rich sources of other important psychoactive compounds including enkenphalins (natural opioids or pain relievers) and benzodiazepines (relaxants similar to Valium) are also found in the gastrointestinal tract4. Due to whatever reason (increased demand, nutritional deficiencies, inflammation, etc.) alterations in the concentration or function of these chemicals will influence both systems within the body.

Abdominal symptoms frequently occur in those with conditions associated with the CNS such as depression, anxiety disorder, migraine, epilepsy and autism. With many of the drugs used to treat these conditions also producing gastrointestinal side affects5.

Vice versa, psychological distress is often linked with gastritis, ulcers, IBS and inflammatory bowel disease. With stress also widely thought to contribute to the common gut disorders including gastritis, food intolerance and celiac disease6. Supported by the long held belief that the gut plays a major role in happiness, distress in their CNS or ENS appears to adversely affect the other.

The 'Fight or Flight' Response

The digestive system is particularly susceptible to stress as the CNS essentially shuts down or slows down gastrointestinal function via the ENS. In response to a perceived threat, the body is flooded with stress hormones, producing rapid changes which effectively increase physical and mental preparedness. During this state of hyperarousal, processes such as digestion that aren't essential for physical exertion are repressed in favour of those which focus on dealing with the stressor.

Blood flow to the gut; intestinal motility, intestinal permeability and digestive enzyme and protective mucus production are all affected7 and this is why you may feel bloated during times of high anxiety.

With a fright or when stressed many experience butterflies in their stomach, nausea, a choked up feeling, trouble swallowing, indigestion, heartburn and perhaps even diarrhoea.

Only intended to be for short duration, the stress response's brief inhibition of digestion is of little long term concern, with normal function returning once the perceived threat has passed. However, with chronic or ongoing stress the digestive system remains subdued, making it difficult to digest food effectively, predisposing not just the gut, but the entire body to problems8.

Poor nutrient absorption; heartburn; bloating, cramps and the problems associated with undigested food remaining in the gastrointestinal tract (GIT); a breakdown in the intestinal wall's barrier function; altered bowel function and changes in the number and composition of gut microbes (also known as dysbiosis), can all occur as a direct result of stress. An imbalance of beneficial and harmful bacteria can be helped by taking probiotic supplements. Find out more about probiotics for bloating. 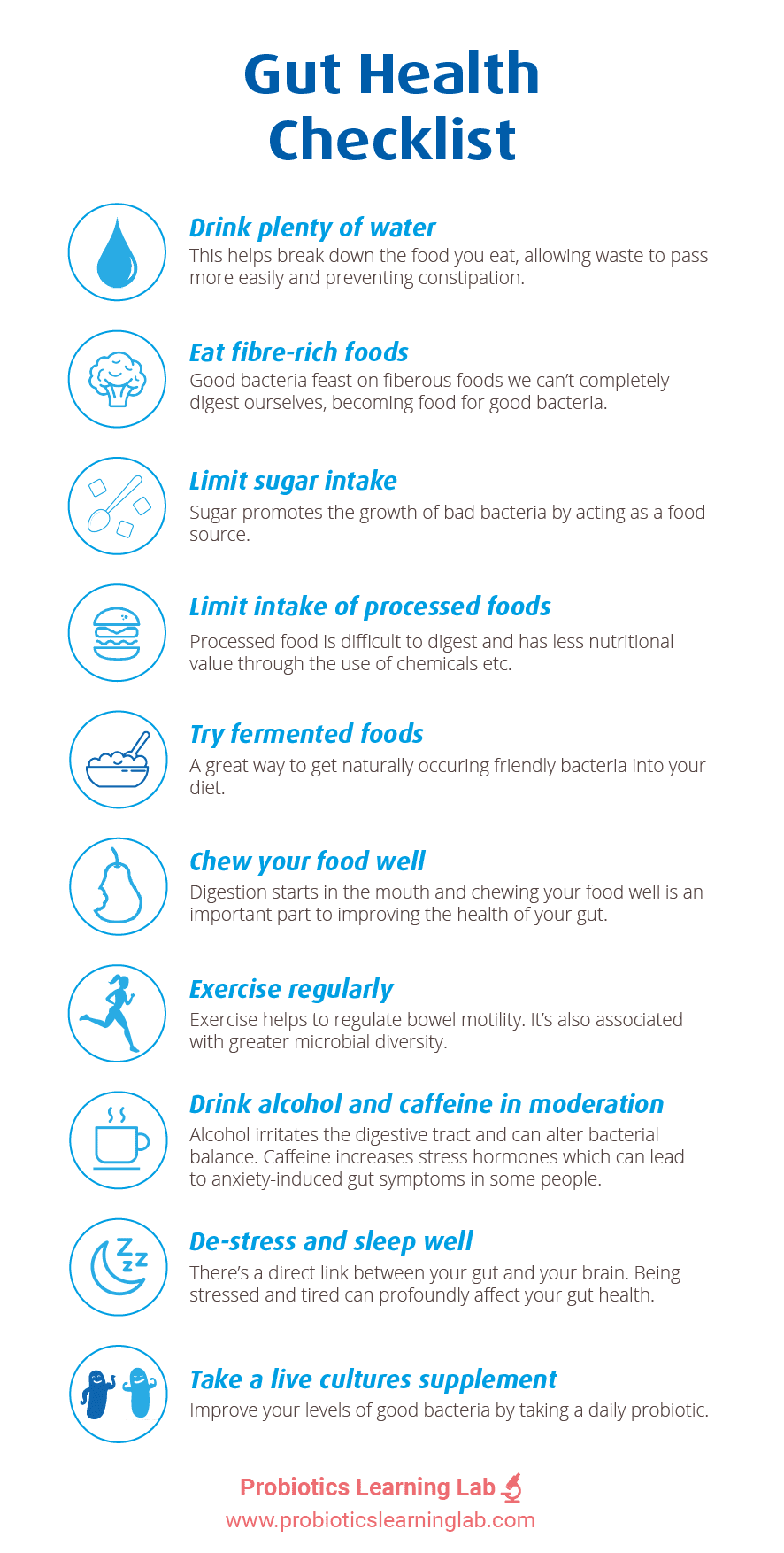 Stress can cause bloating by stimulating the body's "Fight or Flight" response which negatively impacts gut health and impedes our digestion. So if you experience indigestion, bloating, constipation, flatulence, cramps or other gastrointestinal problems it may well be worth investigating how your emotions and stress level might be contributing factors.

You just might find anxiety-relieving techniques such as mediation, exercise, yoga, qi gong, counselling, bodywork, acupuncture, herbal medicine and so on, might just help to relieve digestive problems as well as relax you and help you sleep.

Remembering the close relationship between the brain and your gut; taking good care of your digestive system is a sound investment in your psychological well-being. It's also worth trusting those 'gut feelings'.