Trillions of bacteria live inside us; in fact, the bacteria residing in our gut are essential to good health. However, there are different types of bacteria and other micro-organisms living in our gut: some are friendly and work with body systems to keep their host healthy, these are known as ‘probiotics’. But other micro-organisms are less desirable; these are known as ‘pathogens’, and can cause upset stomachs, either in the form of gastroenteritis, or on an ongoing basis such as in IBS-type symptoms.

Let’s look at the different factors which can upset the delicate balance in our gut and cause an upset stomach, and how probiotics might be able to help.

Causes of an upset stomach

Whilst the symptoms are often the same - typically abdominal pain, cramps and diarrhoea - there are a number of different causes for an ‘upset stomach’:

Let’s now look at ways to help support the body through these kinds of gastrointestinal issues, and consider the potential role for probiotics, as we answer the question ‘Are probiotics good for upset stomach?’

People often ask whether probiotics help with food poisoning and, in short, the answer is yes. Specific strains of good bacteria have shown to help alleviate the symptoms of many gastric illnesses including diarrhoea and reduce symptom duration by up to 24 hours.

One particular strain, clinically trialled1 to reduce the effects of stomach upsets, is Saccharomyces boulardii. It is unique from other bacterial strains, such as Lactobacillus acidophilus, because it is actually a probiotic yeast. Originally found in lychee fruit, this probiotic strain is known for its transient qualities, meaning that it doesn't colonise in the intestines. Interestingly, it is thought to have a sticky outer membrane which it uses to adhere itself to harmful bacteria, including E. coli and Salmonella. This process is thought to help remove any pathogens from the gut. Saccharomyces boulardii is the only probiotic that functions in this way, making it a valuable therapeutic tool to tackle most stomach upsets. It has even been found helpful in limiting Clostridium difficile2 infection in the gut. C. difficile is a notoriously difficult pathogen to eradicate, as it is becoming more and more resistant to antibiotics.

In the previous section we learnt that Saccharomyces boulardii can be used to cleanse the pathogens involved in food poisoning from the gut. However, this amazing probiotic strain has even proven to be effective against certain viruses including rotavirus3, one of the viruses often implicated in stomach flu. So it seems that whether symptoms were bought on by eating contaminated food, or simply through contact with a person suffering with a stomach virus, Saccharomyces boulardii is the best probiotic for upset stomach.

Another probiotic strain which could be of note here is Lactobacillus paracasei CASEI 431®. This strain is known for its immune-modulatory properties: one 2012 study4 showed that after just 6 weeks of intervention with this probiotic strain, study participants saw an average 37% increase in IgG production versus the placebo group, and a significant increase in sIgA over placebo. The antibody IgG protects against both viral and bacterial infections in the host.

Lactobacillus paracasei CASEI 431® has not been researched specifically for gastric flu but has been researched and shown to be help with diarrhoea in children5, and is well-documented for immune support so may be another option to consider for those who often suffer from viral upset stomachs.

Whether you're going away to a familiar destination, returning home to see family or backpacking to distant lands to explore uncharted territory, holidays are invariably a memorable experience. However, sometimes these new experiences can also produce some nasty and uncomfortable stomach-related side effects. 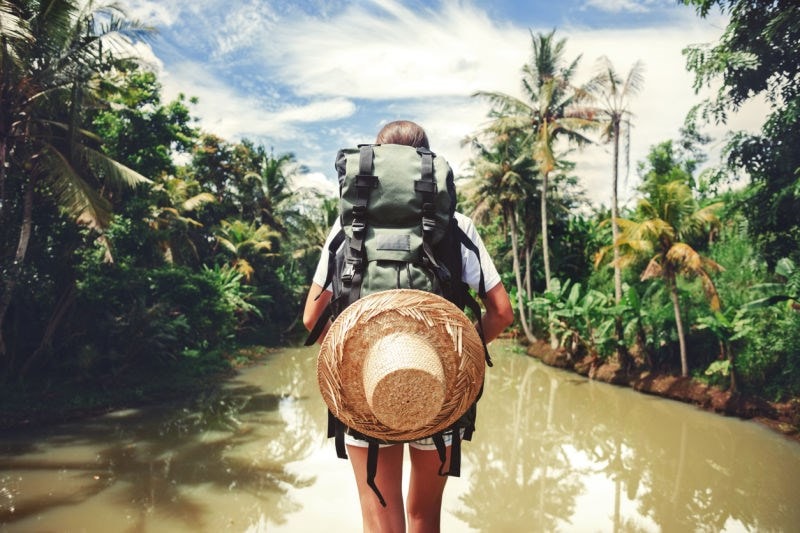 Saccharomyces boulardii has also been extensively clinically researched6 for “traveller’s diarrhoea” and found to support gut health in those that travel abroad to exotic locations. S. boulardii, as mentioned above, works differently from other probiotics specifically because of its unique transient qualities. This means that it can pass through the system without binding to the gut wall. It works by adhering itself to harmful bacteria and gently removing those unwelcome pathogens from the system.

When travelling abroad, it is a good idea to also take other types of probiotics alongside Saccharomyces boulardii to give an extra level of protection to the gut, and to battle bad bacteria and other nasties in two ways. Live cultures, like L. acidophilus and L. rhamnosus possess qualities that enable them to line the interior of the gut wall, creating a physical barrier and fortifying the gut's natural defences. They also create a gut environment which discourages the growth of pathogens so can be a particular aid against contracting upset stomachs in countries where tummy troubles are a common issue for travellers.

Unlike the above causes of ‘upset stomach’ IBS-D is not an infection, however in some instances it can be triggered by a GI infection, such as food poisoning. Many IBS sufferers do have gut dysbiosis with a reduction in ‘friendly’ strains of bacteria, and increased levels of pathogens. For this reason, Saccharomyces boulardii can still be used to excellent effect against the symptom of diarrhoea in IBS-D sufferers.

Another probiotic strain: Lactobacillus acidophilus NCFM® may be useful to use in combination with S. boulardii to support IBS-D symptoms and provide good all round gut support. One trial7 using this particular strain found that study participants that took this probiotic strain in combination with 2 other strains, over a 14 week period, saw a statistically significant reduction in episodes and severity of loose stools, compared to those in the placebo group. To read more on this topic you may like to visit our sister site ‘The Probiotics Learning Lab’ and look at: Which probiotics are best for IBS.

Healthcare professionals can read more about the strains included in this article on the Probiotics Database.

A 2018 study9 at Stanford School of Medicine discovered that a collective group of bacteria referred to as bacteroides, inhibit Salmonella growth in mice. Researchers discovered that by producing propionate these bacteria are able to lower the pH of the intestinal environment, which in turn lengthens the time it takes for the Salmonella bacteria to start dividing.

This result would need to be replicated in human trials before implications for the treatment of Salmonella food poisoning could be fully explored. However, it is an exciting finding that could potentially lead to a new, natural approach for treating Salmonella.

Whether you're experiencing stomach discomfort at home, due to food poisoning or a viral infection, or in a hostel in Mumbai, due to traveller’s diarrhoea you are now aware that certain strains of probiotics may help to ease associated symptoms.

As well as helping to manage the symptoms of these types of stomach upsets, probiotics can also offer a level of protection against developing them. Maintaining a healthy microbiome through regular use of a high-quality, daily probiotic supplement adds another ‘layer’ of support for the gut, and may reduce the severity or duration of symptoms from any of the above types of stomach upset.

The NHS8 has even reported on this topic on their website, examining a review which looked at a number of clinical studies on probiotics and stomach upsets, and concluding that they "reduced the duration of diarrhoea by about 25 hours compared with no treatment".

Saccharomyces boulardii has been shown to help upset stomachs from a variety of different causes. This transient probiotic strain effectively cleanses pathogens from the digestive tract, and helps to restore the gut flora back to a healthy balance. It can be taken alone, or used in conjunction with other probiotic strains, which are known to colonise the gut epithelium, preventing further adherence from pathogens.