When you hear the word probiotics, the first thing you’re likely to think of is your gut - and you can find more about that on our sister site, the Probiotics Learning Lab. That’s what probiotics are all about, right? So, could probiotics help with stomach bugs? A recent study1 conducted in America reports that the answer is 'no', and so we looked into why that was...

The study looked at 971 children (943 having completed the study), aged between three months and four years, who were admitted to the emergency room presenting symptoms of gastroenteritis. Such symptoms include diarrhoea, vomiting, and stomach cramps. The researchers randomly assigned the children to one of two five-day treatment conditions: a supplementation of the probiotic strain Lactobacillus rhamnosus LGG®, or a placebo.

L. rhamnosus is a very well-researched probiotic, and the particular strain used in the study has been found in the past to help with diarrhoea2, 3, 4, specifically in children, and building immunity5. Following the treatment period, the children were monitored and their symptoms tracked for two weeks, and the researchers found that the instances of vomiting and diarrhoea reduced at the same rate in both those children taking the placebo and those taking the probiotics. Therefore, the probiotics didn’t improve recovery time or symptoms. A similar study6 conducted on 827 children aged 3-48 months in Canada also reported insignificant results - children presenting with stomach flu symptoms received a five-day course of the probiotic strains L. rhamnosus R0011 and L. helveticus R0052, and it was found that there were no notable differences between the probiotic group and the placebo group in the median duration of diarrhoea. 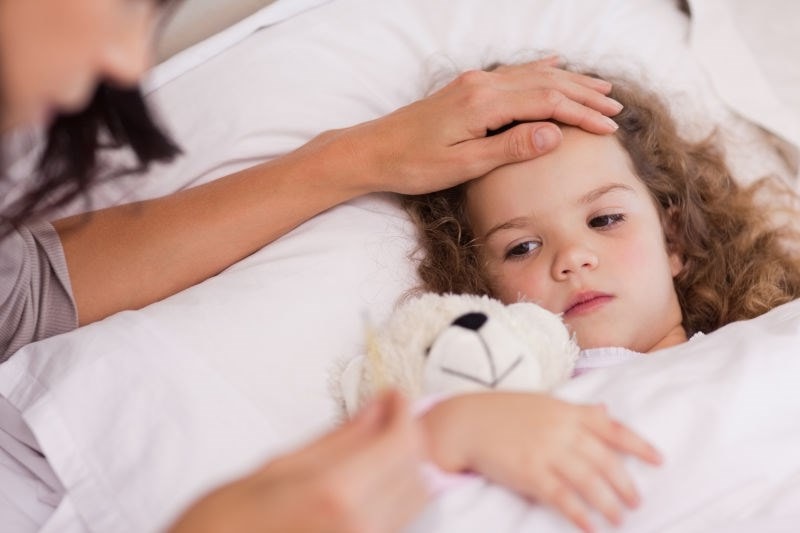 In a recent study, probiotics were found to be ineffective at alleviating symptoms of gastroenteritis in children

What does this mean for probiotics?

The two studies boasted large sample sizes, and were well-designed; being double-blind, placebo-controlled, and randomised (see glossary definitions in the Probiotics Learning Lab). Furthermore, the probiotics supplements used all contained high numbers of live cultures - although we recommend our article in the Probiotics Learning Lab, which explains why quantity does not necessarily equal quality.

Despite these successes though, it’s important to note the drawbacks, as no clinical trials are ever infallible. The intervention only lasted for five days, and probiotic supplementation is usually recommended on a long-term basis. The Canadian paper even stated that “[their] findings cannot be extrapolated to longer-term use of probiotics or other outcomes..." Moreover, probiotics shouldn't be used as a 'treatment'. It’s not advisable to use probiotics to ‘treat’ an acute set of symptoms such as you might find in stomach viruses like gastroenteritis. Probiotics are not medicines, and should not be used as such, whereas this trial was testing their efficacy to essentially cure children presenting with severe symptoms of gastroenteritis. They are rather used sometimes as a food supplement to support general health.

As with any acute infections or serious conditions affecting your child's stomach, including gastroenteritis, professional medical advice should always be sought first. Again, probiotics are NOT medicines, and are ideally used as a lifestyle choice to support health, not as a 'cure'.

Overall, both studies were well-designed and thorough investigations. Although there are proven benefits of certain probiotics to help support children's immunity or gut health (for example, strains such as Lactobacillus reuteri Protectis® have been shown to provide support with a myriad of digestive problems in infants7, 8, 9), we would agree with the study that the probiotic strains L. rhamnosus LGG® (which was administered in the first American study), and L. rhamnosus R0011 & L. helveticus R0052 (both administered in the Canadian study) should not be used for stomach viruses, as they will not exert any benefits. It is likely that no probiotic strain would have any effect on such a severe illness.

So no, probiotics won't cure gastroenteritis, but any studies contributing towards a greater understanding of probiotics and how they work are always of interest to us, so we're grateful to the researchers for highlighting new findings in this field.

You may also be interested in the following articles:

'Probiotics are useless': True or false?

Or find out more about probiotics.

Healthcare practitioners can read more about the strains mentioned in this blog over in Probiotic Professionals, on the Probiotics Database.

Healthcare practitioners might also be interested in our FAQ, which is in Probiotic Professionals too: Do probiotics help an upset stomach? (and if so, which ones?)