All About Soil-Based Organisms

Soil-based organisms or 'SBOs' for short (also known as ‘soil bacteria’, ‘soil organisms’, or ‘homeostatic soil organisms’) are being used more than ever in probiotic supplements, functional foods or drinks. But why? One reason is that SBOs have been praised for their ability to resist stomach acid and higher temperatures, meaning that they can be easily added to food, drinks, and supplements, like gummies, without the beneficial bacteria being harmed. But what else is special about these hardy members of the probiotic family? Read on to find out everything you need to know about SBOs, including:

What are soil-based probiotics?

Soil-based organisms are bacteria that are naturally found in our soil. Before the introduction of modern farming methods, food-processing and sterilising techniques, SBOs were abundant in our food chain. In the past, people expected to see a little soil on their fresh produce, whereas nowadays we like to see gleaming rows of clean, shiny vegetables and fruits in our supermarket. Likewise, when we used to drink water from wells and springs, we would have exposed our digestive tracts to a wide range of bacterial species. Currently, unless we are consuming home-grown, or at least organic, raw produce there is very little of this type of bacteria left on the food that we are eating. Lack of exposure to these soil-based bacteria is thought to be detrimental to the development of the immune system, and 'being too clean' is associated with allergic conditions such as asthma and eczema1. You may like to take a look at our Probiotics for allergies page which explores the reason why allergies develop and if probiotics can help.

There are hundreds of different species of SBOs, with many of the most commonly used as probiotics coming from the Bacillus genus (or family), such as Bacillus subtilis and Bacillus coagulans (this species of bacteria was formerly misclassified in 1933 as Lactobacillus sporogenes before it was correctly identified as Bacillus coagulans). Find out more about how bacteria is classified in this article: What are Live Cultures?

Bacillus have gained much attraction in the probiotic world due to their spore-forming ability. Spores have an extremely tough exterior, largely made up of complex proteins. This makes them extremely hardy and able to survive under very harsh conditions such as high temperatures, pressure, oxygen levels, moisture, salt, and acidity. In the body they are hardy against stomach acid and the effects of medications such as antibiotics.

But how do SBOs protect themselves?

Well, when conditions begin to become unfavourable or ‘stressful’, or there's a lack of available food sources, the bacterium can signal to itself to undergo sporulation (go into a dormant spore form). Essentially, it’s a survival mechanism for them. Sporulation is a complex, multi-step process which causes the cell to divide within itself creating an ‘endospore’. The endospore contains all the genetic material from the vegetative (‘active’) cell. The mature spore is released once the vegetative cell has degraded. The spore essentially wraps around the genetic material, think of it like a physical force field or putting on your coat and winter gear so you don’t freeze in the cold weather! 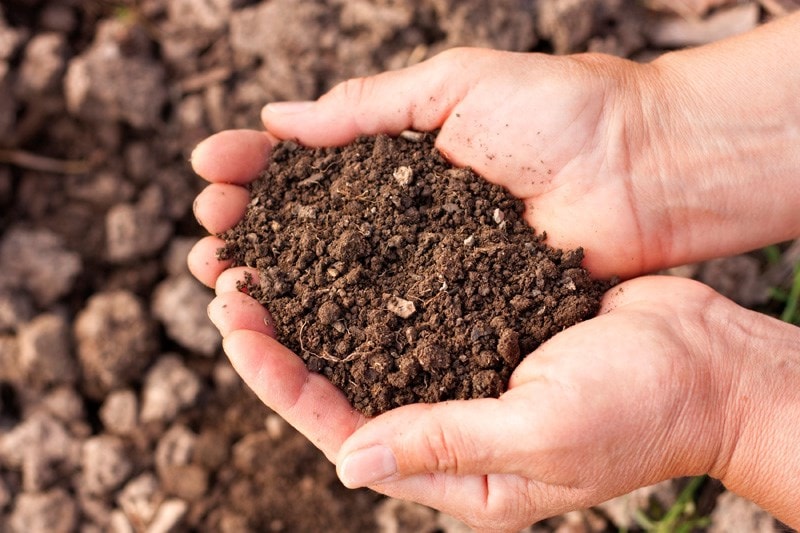 Soil-based probiotics now have a huge weight of research behind them, and there are many strains that show very favourable outcomes for different areas of health. Let's take a look at some of the most extensively researched SBOs and some of the research they've been featured in:

This strain has been extensively researched and shown to have the potential to support various aspects of health, including immune and digestive health. However, it has been particularly researched in children, where it has been shown to have encouraging results for gastrointestinal complaints. One notable double-blind randomised controlled trial demonstrated the efficacy of Bacillus coagulans Unique IS2 in reducing the symptoms associated with irritable bowel syndrome in school-aged children2. The trial showed significant improvements in:

This strain was deemed safe for human consumption in 2009 both in Europe and the USA3. Since then it has been used widely in food and drink products including infant milk formula, healthy food bars and naturally found in fermented products like sauerkraut and kombucha.

Furthermore B. coagulans GBI-30, 6086 has shown to decrease upper respiratory and gastrointestinal symptoms in a study of 80 healthy school children, the strain significantly decreased the incidence of respiratory symptoms including:

The duration of these respiratory associated symptoms including hoarseness, headache, red eyes, and fatigue was also decreased4.

This strain produces a beneficial enzyme called nattokinase which has been shown to support healthy blood pressure and cholesterol levels5. One study showed that Bacillus spores including B. subtilis HU58 were able to stimulate an increase of cells within the gut and promote a positive immune response6.

Interestingly, soil-based organisms including the Bacillus subtilis species have shown promise in supporting complex digestive issues like Small Intestinal Bacterial Overgrowth7. In the debate of soil-based organisms vs probiotics for dealing with SIBO, it looks like soil-based strains do not exacerbate symptoms of SIBO in the way regular probiotics can do.

Which are the best soil-based probiotic strains?

It is difficult to say which is the ‘best’ soil-based probiotic in general terms because this will depend on your individual needs. However, in terms of the weight of research, the Bacillus coagulans species has been the most extensively studied and has demonstrated the most significant results in clinical trials.

Overall, Bacillus coagulans Unique IS-2 has the been one of the most well studied of all the strains on adults, children and the elderly, showing particularly good results in children for digestive symptoms. A child’s gut microbiome can differ from an adult’s, therefore positive probiotic trials in adults do not always correlate to children. B. coagulans Unique IS-2 has been shown to significantly improve a variety of GI disorders in children and adolescents. This would be my first choice for daily gut support in children and adults too.

Another of the coagulans species, Bacillus coagulans GBI-30, 6086 has again shown great results for children, especially for respiratory conditions.

When choosing any probiotic, it's always best to find one containing strains which have been researched for your individual needs.

It has previously been argued by some health professionals that soil-based organisms may not be safe as they produce spores which are so resilient that they may not activate in the small intestine, thus producing little benefit. However, these fears are unfounded for probiotic SBOs, as they will have been thoroughly trialled and deemed safe by regulatory authorities. In addition, most studies show the spores activate in the small intestine when they are surrounded by a variety of nutrients8.

When an individual consumes the inactive spore, the spore can make it to the small intestine largely unaffected by the stomach acid. With plenty of nutrients available, the spores germinate ('activate') and begin to elicit positive effects, depending on the strain. They can also replicate as normal when conditions are favourable. As they pass down to the colon, when nutrients once again become limited, many of the vegetative (‘active’) cells sporulate, meaning they return to spore format and are excreted in our poo!

Large scale human studies have now been conducted on SBOs which have identified the most effective strains, with no adverse side effects recorded. SBOs have been shown to create a more hospitable environment for our own good bacteria to flourish9 further crowding out bad bacteria or yeasts like Candida.

Soil-based strains are used extensively in the production of food and drink products and therefore have been widely studied. This also means that they are required to have GRAS status (Generally Recognised as Safe and approved by the FDA) or have met the criteria for the European equivalent, QPS (Qualified Presumption of Safety) accreditation. Their bacterial genome has been sequenced and deemed as ‘non-pathogenic’, which means that this type of bacteria is not regarded as having any ability to be harmful to health in any way.

So, taking all of this into consideration, let's summarise:

You can read more about choosing the right strain to suit you in these pages:

Are all probiotics the same?

Health professionals can learn more about Bacillus coagulans Unique IS-2 and read the following articles Small Intestinal Bacterial Overgrowth and Which probiotics are best for Candida? on the Professionals site.