For anyone who suffers from hay fever, the pending approach of spring is a double edged sword. Whilst for everyone else, this time of year is enjoyed for the blossoms, hazy sun and air thick with scent, for those with hay fever these exact things are like dagger and cloak wrapped in prettiness.

Many more of us will be experiencing allergy issues from around March onwards and it's often quite frustrating to not be able to find a way to avoid this allergy. Hay fever renders many people feeling as though they have been knocked down by a bus, popping tablets, and frantically using nasal sprays to alleviate some of the frustrating symptoms. However, for birch pollen allergy sufferers, there is research to suggest that taking probiotics in advance of the pollen season may help to reduce the distressing symptoms of this allergy.

The point of this study performed in Finland was to investigate whether firstly birch pollen allergy symptoms are linked with changes in the gut microbiota and secondly whether probiotics have an effect on this. In this study 47 children with confirmed birch pollen allergy were chosen at random to receive either a probiotic combination of Lactobacillus acidophilus NCFM® and Bifidobacterium lactis Bl-04, or a placebo. This was a double blind study run over 4 months and started one month prior to the birch pollen season in Finland. Symptoms were recorded, but blood samples were also taken to analyse cytokines and eosinophils which are both immune reaction markers Faecal samples were taken to investigate bacterial content and nasal swabs were also taken for analysis.

So in short, this study showed that birch pollen allergy could be associated with changes in the gut bacteria. And that a daily dose of these two probiotic strains, combined at a specific ratio, reduced the inflammatory response in the nasal mucus membranes to birch pollen and produced results that indicated that respiratory symptoms, such as a runny nose and a blocked nose were alleviated by approximately 20% each. “Even though the children were already taking established medication, the probiotics clearly showed a positive effect,” says Dr Ouwehand. 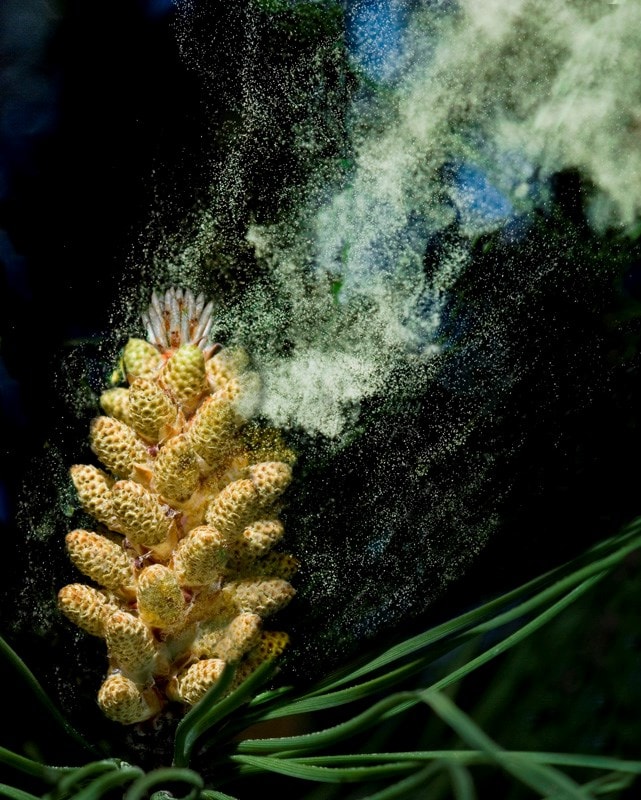 ​As always further research is required but it is interesting that this study has shown general changes in the intestinal bacteria for the first time. As the researchers state “This may provide new ground for additional studies on respiratory allergies."

Meanwhile could it be suggested to sufferers that taking this particular strain for a month before the pollen season, during and for a month after may help to modulate the immune response, resulting in a lessening of the symptoms? I would imagine most pollen allergy suffers would be happy to try this alongside their usual medication as an integrative approach, especially a supplement containing these specific strains.

There has been a lot of research on the effect of gut bacteria, and therefore probiotics, on allergies. If you are interested in this then the following blog posts may interest you too:

Kissing keeps you healthy and improves your immune system

Head over to the Probiotics Learning Lab for Probiotics can help peanut allergies in kids, says new study