In today's blog post, we're talking about the gut microbiome of vegans & vegetarians, and comparing their gut health and bacteria types to those who eat meat. Omnivores, a.k.a meat eaters, will have different gut bacteria compared to those who have a plant based diet, as meat requires certain types of bacteria to help break it down.

It's important to remember that each individual has completely different gut bacteria, and it isn't always helpful to directly link specific diets or certain food groups to a healthy or unhealthy gut. A huge number of factors influence our gut bacteria: travel, certain medications, stress, and ageing, to name just a few.

Bacteroides feeds on animal proteins and fats, and a high level of this type of bacteria has been associated with higher levels of colon cancer.

A microbiome more dominated with Prevotella enterotype bacteria ( Prevotella feeds on plant material), could potentially be more protective and help to maintain a healthier gut.

Of course, in general, vegans and vegetarians tend to consume more vegetables than meat eaters as the majority of their diet is plant-based, and in doing so also tend to consume more fibre as their protein sources comes in the form of fibrous foods such as legumes and beans.This is possibly the reason that some people report bloating & gas when first becoming vegetarian or vegan, which can be off-putting! But a study assessing the perception of increased flatulence from eating beans and pulses suggested that the digestive system in most healthy individuals will soon adapt and gas production will regulate.2

Beans and pulses contain prebiotic fibres, which beneficial gut bacteria like to ferment; some people find that they may notice an increase in gas after consuming prebiotics, or foods that contain them, but this effect usually settles down within a few days. Increasing beans and legumes in the diet can significantly increase the amount of physiologically useful dietary fibre we consume which can enhance colonic function3 and encourage the growth of healthy bacteria. Read the following article to learn more about prebiotics.

Geography has also been shown to have a strong bearing on the composition of gut microbial populations, and in another study, it was shown that the diversity of gut bacteria in children from rural Africa (where less meat and more pulses are consumed) is greater than those of children of developed communities in the EU, suggesting dietary differences contributes significantly to the microbial differences.4 A number of studies have shown that having a more diverse gut bacteria is generally associated with better health - with poor diversity in the microbiome being linked to various health concerns including obesity, allergies and ME or Chronic Fatigue Syndrome. 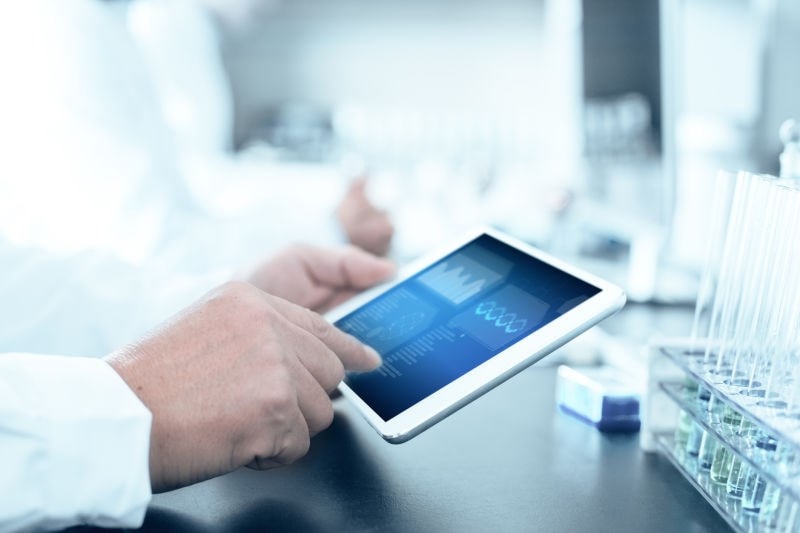 Interestingly, those following a vegan diet have also been found to have higher levels of short chain fatty acids like Propionate and Butyrate, which are thought to have highly protective functions in the body. Those who aren't vegans had higher levels of trimethylamine oxide. Eggs, beef, pork and fish are the major sources of carnitine and choline that are converted by the gut microbiota to trimethylamine, then oxidised in the liver and released into circulation as TMAO (which is linked to risk of atherosclerosis and cardiovascular disorders).5

We know that obesity has been linked to certain types of gut bacteria, and that in future we might see probiotics developed to help tackle weight loss - so this could be an interesting area to explore further.

A lack of good bacteria in the gut, has been associated with a wide array of health conditions, including:

With more and more people switching to veganism at present, and favouring a plant-based diet, the question of whether  a vegan diet better supports the gut microbiome, or not, is bound to come up. If you stopped both a meat-eater and a vegan on the street, and asked them for a stool sample to test, then aside from being looked at very oddly indeed, would we expect that the vegan would have a considerably different gut microbiome to the meat-eater?

Well, in a review of the very limited research conducted so far8, in those studies where vegan participants have been deliberately selected in order to compare their health status to vegetarian and omnivorous diets, the profile of their gut microbiota does appear to differ, displaying a prevalence of more beneficial species. The review also noted that the vegan subjects tended to be healthier than their vegetarian/omnivorous counterparts; this was thought to be related to lower levels of inflammation observed in the vegans.

With vegetarians we see a less obvious difference, and more research definitely needs to be conducted; it's not guaranteed that the vegan would definitely have the healthier gut bacteria than the meat eater, because, as mentioned above, a number of other factors can also affect gut health, and of course vegans don't necessarily always follow a healthier diet than meat-eaters.

In fact a vegan with an extremely high sugar intake may well show higher levels of pathogenic bacteria as pathogens feed on sugar. But the research so far is encouraging, so if you were looking for another reason to go vegan, other than the environmental and ethical factors, perhaps it's worth considering your gut bacteria.

Just in case you're wondering, probiotic supplements can of course be vegan too - they're not only available in yoghurts and yoghurt drinks.

For more information on gut health, check out these helpful blogs: