Hold the press. Explosive new research shows that farting could play a role in regulating your brain, behaviour and mood. Those of us brave enough to admit that farting is  quite funny, already know that the laughter potential of a bottom burp is very high, and of course laughing makes us happy, so maybe this all sounds like a bit of a no-brainer? But in actual fact scientists have discovered that the gases we release are doing much more than tickling our sense of humour. These gases may be acting as "gasotransmitters" that could be having a regulatory effect on your brain and behaviour. 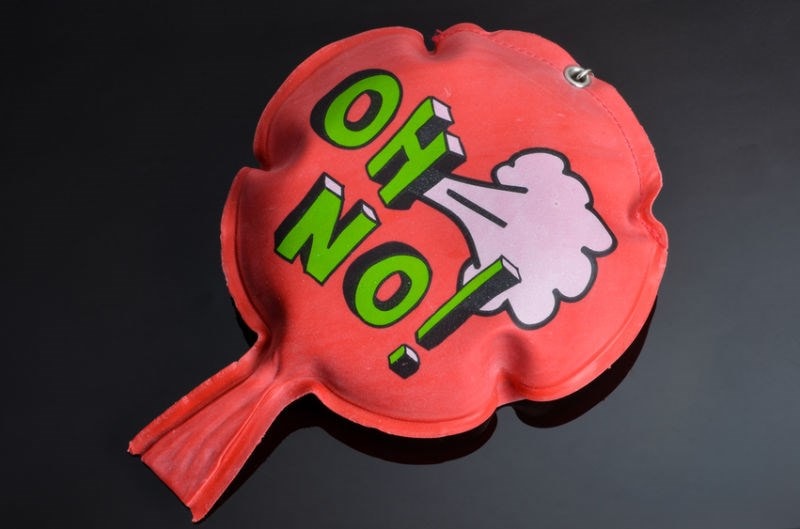 This science stuff is a real gas

The gases that we often, hardly ever or never release - depending on your level of honesty - are a by-product of the many billions of bacteria in our gut as they produce enzymes and digest our food, amongst other things. Apparently, the average human produces up to 1200ml of parp gas daily, which generally consists of nitrogen, oxygen, hydrogen, methane, carbon dioxide and hydrogen sulfide. Much of this gas is released (don't lie, we're all friends here), but some of it is transferred to the bloodstream where they can act as gasotransmitters.

Research reveals that the gasotransmitters have a dual purpose within the intestinal tract. Firstly, they act as an energy source for the bacteria living in your gut, collectively known as your gut microbiota, but secondly, they are also responsible for regulating the function of your brain, immune system, and cardiovascular system. For example, nitric oxide is produced by the gut microbiota, which once in the bloodstream acts as a neurotransmitter in the brain. Scientists have discovered that mice that are deficient in the enzyme responsible for producing nitric oxide show increases in motor and sexual activity, as well as long-term depression.

Research has also revealed that the types of gasotransmitters produced by an individual vary depending on their diet, lifestyle and the composition of their gut bacteria. The researchers hope that further research could help develop future treatment methods for people suffering with neuropsychiatric disorders such as depression.

"It seems feasible for instance, to attempt to normalise the amount of ammonia with the help of bacteria that will be introduced into the body in a goal-directed fashion," said lead researcher, Alexander Oleskin of Lomonosov Moscow State University.

We can see from the study above that gases produced by our intestinal microbiota have an effect on our mental and emotional wellbeing. This adds to the ever growing list of studies demonstrating the close clink between the gut microbiome and the brain. In another study on this subject, recently published in the Neurogastroenterology & Motility Journal, reveals that short-chain fructooligosaccharides (scFOS) may have a beneficial effect on sufferers of IBS and anxiety. The clinical trial observed the effects of dietary supplementation of scFOS versus placebo in 79 IBS patients for 4 weeks. The research team monitored faecal microbiota of the participants during the study and asked quality of life questions after the trial period. The results revealed that quality of life scores were significantly higher in the probiotic group, compared to placebo, as well as a significant reduction in anxiety symptoms. Healthcare professionals can read more about probiotics for IBS here.

Faecal microbiota was notably altered during scFOS supplementation and this, the scientists theorise, is the potential cause of the beneficial effect.