This week a study1 published in the British Medical Journal, and reported in the Daily Mail, has reported that a strain of bacteria known as Lactobacillus reuteri DSM 17938 is not effective in helping to reduce symptoms of colic in babies.

The Australian study, carried out by the University of Melbourne and the Royal Children’s Hospital in Victoria, involved 167 breastfed or formula-fed infants suffering with colic split into two groups. The study teams concluded that "probiotics did not reduce crying or fussing in infants with colic, nor was it effective in improving infant sleep, maternal mental health, family or infant functioning, or quality of life", however they did add that "these findings differ from previous smaller trials of selected populations and do not support a general recommendation for the use of probiotics to treat colic in infants".

The importance of a strain-specific approach

As we are aware, the media often fails to recognise that the focus should be on strain-specificity; using certain strains for specific conditions, rather than tarring all probiotics with the same brush. You can read more about strains, and the importance of looking at particular strains of bacteria, here. The press for example reported some time ago the headline 'probiotics are not effective in reducing diarrhoea'. This was covered following the results of a Lancet study analysing two strains of Lactobacillus acidophilus and Bifidobacterium bifidum bacteria against a placebo. The study concluded that these two bacteria strains do not help reduce either antibiotic-associated diarrhoea, or symptoms of the superbug Clostridium difficile, yet the media reporting the study blanketed all bacteria species and strains together as being ineffective in helping reduce diarrhoea symptoms. They failed to mention that different strains of the species Lactobacillus acidophilus and Bifidobacterium bifidum, of which there are many, may possess different benefits. There are other strains and species altogether that may also be effective in reducing diarrhoea. Saccharomyces boulardii, as just one example, has several clinical trials behind it demonstrating its ability to reduce symptoms of diarrhoea. S. boulardii has enormously different properties to other microorganisms falling under the probiotics category.

We think it's important to focus on different strains of bacteria for the different roles they may have, and understand that certain strains of bacteria possess different qualities. We don't therefore believe it is all doom and gloom for this strain of Lactobacillus reuteri, as it may well possess different properties that are more useful elsewhere rather than treating babies with colic. And we don't think it's all doom and gloom for probiotics and colic either! In future we would like to see different strains researched for colicky babies.

Christian Bates, a highly experienced Osteopath and Naturopath, reports frequent success with using probiotics at his clinic in helping babies with colic. Christian has built a strong reputation amongst local midwives and health visitors who often recommend him for babies experiencing digestive discomfort and colic. Christian says, "I have thoroughly researched the medical literature on the use of probiotics in helping colic and the evidence certainly points to great benefits. On top of this and most importantly for me, the colic symptoms of the babies I see lessen and their parents can see the improvements quickly". Interestingly he believes that using a supplement containing probiotics is of particular benefit in those babies whose mothers have been taking antibiotics, or have undergone a C-section delivery. He says "If the mother or baby has had antibiotics then it is well documented that a high quality probiotic, when taken by the breastfeeding mother has significant benefits to the baby, including the easing of colic type symptoms and decreasing atopic allergies later in life such as eczema and asthma".

Christian has also written an invaluably useful book for mothers combining both clinical experience and scientific data called 'Calming Colic: How to help the 10 causes of colic' in which he explains how some colic cases will respond significantly to probiotics, others less so. We're very impressed with the reviews, which include, "I cannot recommend this book highly enough. There is no need to wait and suffer along with your distressed baby, this book can really help!" 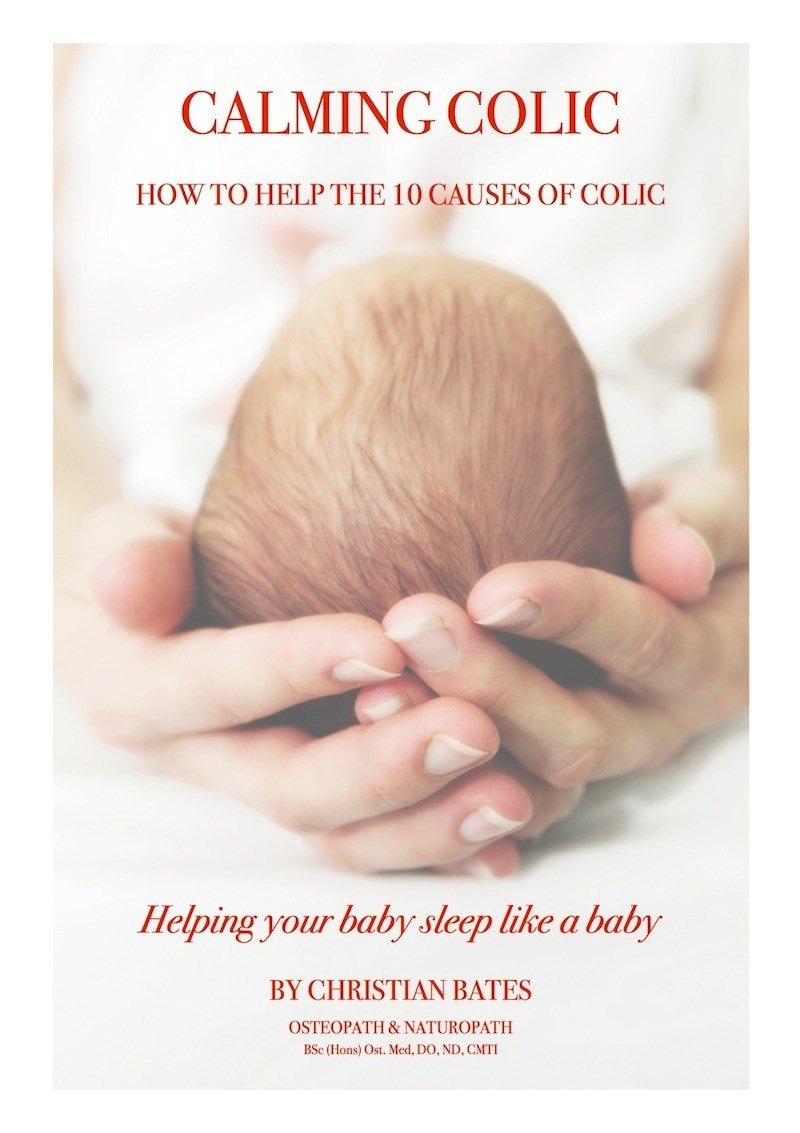 Perhaps once again the media have reported on one side of the story, focusing on a strain that most likely possesses other beneficial properties. With his vast clinical experience and fantastic testimonials we are tempted to side with Christian when he says that, "You simply can't say that probiotics are of no help in colic as it is a multi-factorial problem. In my clinical opinion I would say probiotics will benefit most colic cases and I would go so far as to say that they would benefit babies in to their future life too". You can follow Christian Bates on his Facebook page.

Do babies come into contact with bacteria in the womb?