A post-doctoral scholar at the Massachusetts Institute of Technology (MIT) has discovered a way to "program" probiotic bacteria to find cancer tumours, colonise inside them and then make your pee glow. This amazing work by Tal Danino, who specialises in synthetic biology, presented his new research in liver cancer detection at a recent TED talk in Vancouver, Canada.

"We can program bacteria like computers," Danino says. "It's like writing software. We can print and write DNA into different programs and algorithms inside bacteria."

Using this premise, Danino has created a genetic program that encourages bacteria to produce large quantities of fluorescent proteins, that are released into urine as waste and, consequently, could act as an early detection system against liver cancer. Bacteria are ideal for this purpose, as they have been found to naturally grow inside tumours, making them an ideal entry-point for cancer detection. 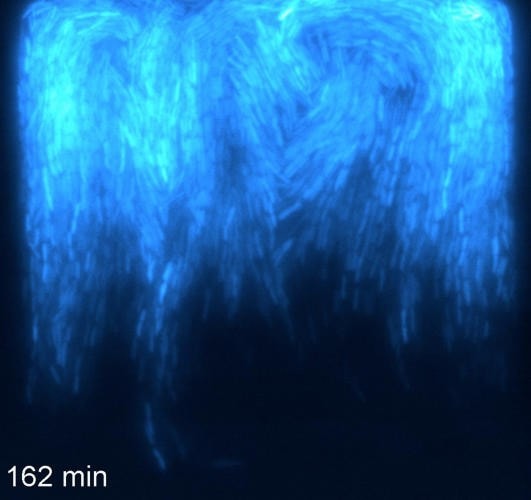 Danino tested this theory by supplementing mice with "programmed" probiotic bacteria. "I realised I could get bacteria to produce a signal detectable in urine." Danino also thinks there's even more potential for probiotic bacteria of the future to help treat cancer by producing therapeutic molecules. "Imagine in the future taking programmed probiotic that could prevent and treat cancer."

Just to clarify, the live cultures that we formulate our products with are of a natural source and have not been 'programmed' or 'genetically modified'. You can read more about the sources of our bacteria in our 'What are Human Strains?' page.  Strictly speaking, we'd also dispute Tal Danino's use of the word 'probiotic' with reference to these microorganisms at this stage, as we believe that you need plenty of clinical evidence before you can define a bacteria as probiotic.

Man's best friend has also been utilised in our bid to find early detection systems against cancer, and research is finding that the incredibly sensitive canine nose can detect cancer tumours present in the body. Using urine samples, and even a person's breath, dogs have been trained to pick out specific smells that are symptomatic of disease. Medical detection dogs have been shown to detect prostate and breast cancer in urine samples. This incredible research is also helping scientists to develop devices known as "E noses", which will hopefully help in the early detection of cancers.

Like this story? You may also find the following blog posts interesting: