Bees Have Their Own Probiotics!

Honey bees are pretty much everyone's favourite insect, am I right? They make honey, they pollinate tons of plants and they’re a key part of the ecosystem. Now research has revealed that they take probiotics too! Apparently, they’re pretty into the healthy, and dare I say hippy, lifestyle. On close inspection, you’ll see that bee bread is in fact gluten free, and they've always eaten a raw vegan diet. They've even been spotted at Glastonbury, and are known to live on top of the Tate Galleries in London. Who knows, they probably watch foreign films too. But I won’t make a miel of that.

Jokes aside, the new study published in 'Applied and Environmental Microbiology' has found that the honey bee hive is home to a diverse array of microbes including many lactic acid bacteria, such as Lactobacillaceae and Fructobacillus. These probiotic families are found in numerous places in the hive such as brood cells, in which larvae are grown and nurtured, as well as in bee bread and nectar. 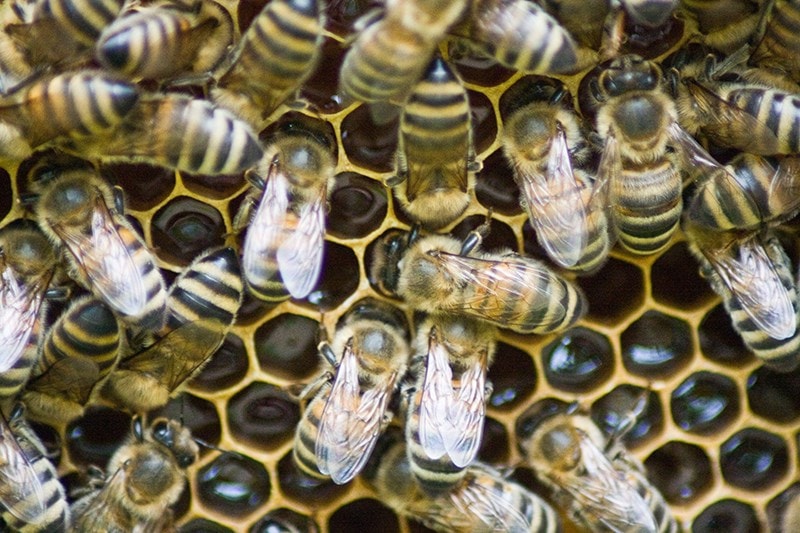 These two families of bacteria are also thought to help promote the growth of “core” honey bee bacteria which are vital to the health of honey bees, especially in helping them digest their plant-based diet.

The scientists in the study also tested Fructobacillus for antibiotic sensitivity and found that the commonly used tetracycline is particularly harmful to the species. This is significant as this specific antibiotic is used by beekeepers to ward off diseases, but its use may be reviewed in light of this research.

What are the health benefits of honey?

Eating locally produced honey may also help alleviate allergies such as hay fever. The theory here is that the honey is made from local plants and will contain pollen spores which will help activate the immune system to recognise it as a non-threatening substance, and hopefully, over time reduce the allergy.

The World Health Organisation also lists honey as a demulcent which is a substance that can relieve irritation in the mouth and throat by forming a protective layer. This has led to many people using honey as a cough remedy.

So there we have it, the humble honey bee is pretty incredible huh? It feeds probiotics to its babies to help develop their gut microbiota so that they can digest their food properly, and they provide us with some incredible health benefits too!

Enjoy reading this? Check out more on our blog:
The Buzz on Pro-bee-otics
Could probiotics help alleviate hay fever?
Optibac Probiotics for Travel in the Telegraph
Junk food alters our gut bacteria and makes us less intelligent, says new study!