An article published this weekend in the Sunday Times Style magazine explores the idea that mineral-rich water from thermal spring water possesses health boosting benefits for our skin. The word seems to be getting out to the general public about the benefits of probiotic bacteria, and we were really interested to see such a large publication writing about bacteria in one of their Sunday supplements. 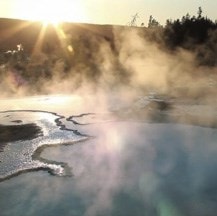 Thermal spring water at La Roche-Posay, a small town in western France, has long been known to hold benefits for skin health; survivors from Napoleon’s North African campaign were sent there to help with severe skin conditions contracted in the Egyptian desert. Almost 50% of patients in France prescribed spa therapy due to skin diseases visit La Roche-Posay. A team from La Roche-Posay has published details about the effect of a recently discovered bacterium called Vitreoscilla filaformis (VF), a form that appears to thrive in the town’s natural springs. Dr Sophie Seite, scientific director at La Roche-Posay, has been credited for determining exactly what VF does; to get rid of the disease-associated Staphylococcus aureus (a well-known hospital superbug) by creating conditions where harmful bacteria cannot grow, as well as increasing beneficial bacteria diversity. These natural springs are rich in the mineral selenium, and it is believed that the bacteria thrive in this mineral rich environment.

Dr Sophie Seite says, “There are all sorts of bacteria whose growth is boosted by different types of minerals in spa water, and we are working out which are the most effective”.

Studies to date using VF-derived proteins in people with skin problems have shown positive results. Work is now underway involving the team from La Roche-Posay and dermatologists in order to determine how to rebalance colonies of bacteria in order to help reduce problems with sensitive and acne-prone skin. The area clearly requires more research, but we think the potential for harnessing health properties of spa water bacteria at this stage is intriguing. La Roche-Posay currently plans to add VF to their existing face cream in the coming months. 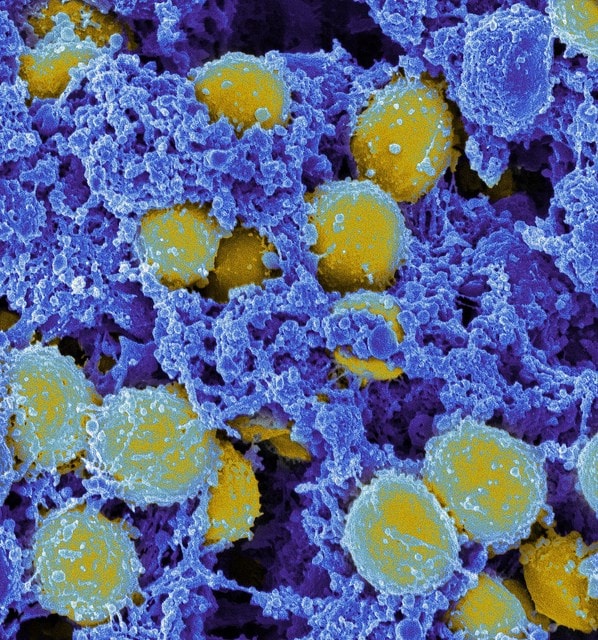 Spa water has been known for its health benefits since Roman Times, but its popularity has waned somewhat in more recent years. Interestingly spa water was available on prescription from the NHS until the 1970’s. Perhaps this latest research into the bacterial benefits is the start of spa water revival, and of it coming back into fashion.

You can read more about the potential effects of bacteria found in unusual places.