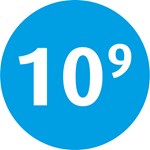 The Myth:
"The more billions, the better."

Research says:
The quality of the strain is of much greater importance than the quantity.

In today’s society we are often bombarded by the marketing message that more is better. When it comes to probiotics however, this can cause us to pay inadequate attention to the quality of the probiotic strains, and the research behind them. In fact the quality of the strain or combination of strains in a probiotic supplement should be the first thing to consider1, over and above the number of billions. There is little point taking a really high strength probiotic if it does not survive well at room temperature until expiry or survive the challenge of stomach acid and bile. Once it has made it into the gut it must be able to adhere to the gut wall in order to colonise and flourish, and it should be able to secrete antimicrobial substances to ward off the overgrowth of other pathogenic bacteria in the gut. These are all basic requirements for a high quality probiotic; before we even consider the strength or the number of billions. It would be misguided to jump in for the high billions probiotic and side step these crucial quality considerations.

Sometimes a lower strength probiotic can perform as well as, or better than, a high strength probiotic. A study published in 2015 looked at Bifidobacterium lactis BB-12® (Health professionals can view this strain on the Probiotics Database, here: Bifidobacterium lactis BB-12®) which is considered to be the most well documented and researched strain in the entire Bifidobacterium genus2. Over 1200 volunteers who suffered with occasional constipation were given either 1 billion B. lactis BB-12®, 10 billion B. lactis BB-12® or placebo each day for 4 weeks3. Both groups taking the probiotic strain had a statistically significant improvement in their frequency of bowel movements, compared to the placebo group. Interestingly, no significant difference was found between the 1 billion and the 10 billion group. In this particular scenario, high strength did not perform better than low strength. Rather, the overall quality of the strain shone through in the results, regardless of the strength.

A probiotic based on its documented efficacy, and not the number of billions.

What is a ‘Time of manufacture guarantee’?