Could probiotics help with leaky gut?

Many chronic diseases can be traced back to an irritated and inflamed gut lining, and the concept of ‘health beginning in the gut’ is certainly not a new one, stemming back as far as Hippocrates in ancient Greece. Many vital physiological processes take place along the length of the digestive tract, including the mechanical breakdown of food, nutrient absorption, neurotransmitter metabolism, vitamin production and immune interactions, to name just a few. Dysfunction at any point along the GI tract can have consequences throughout the body, as the digestive system, nervous system, endocrine system and immune system all interact with one other. By looking after our digestive health, we are in fact looking after our overall health.

One example of dysfunction in the GI tract is ‘leaky gut’, otherwise known as ‘Intestinal hyper-permeability’. Leaky gut has been associated with numerous health conditions, including inflammatory states, autoimmune conditions, skin conditions and many (often unexplained) abdominal symptoms.

Leaky gut refers to an increase in permeability in the epithelial surface of the gut. The intestinal epithelia is our largest ‘barrier’ against the external environment. It protects us from toxins and pathogenic microbes that may enter the GI tract from either our food or the environment. Incredibly, though, this vital protective barrier is only one cell thick.

It’s quite incredible to think that the intestinal barrier that separates the contents of the gut from our systemic circulation (or blood stream) is only one cell thick, yet it performs such a vital function. It extends from the oesophagus to the anus, and this single cell layer plays the role of selecting and screening what is taken in to the general circulation from the gut lumen, and what is excluded. 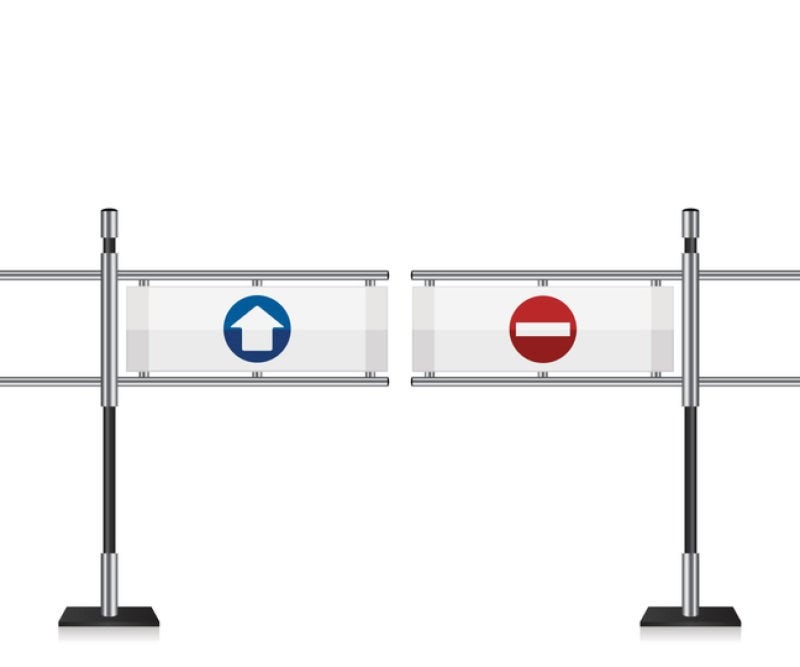 The intestinal epithelia allows some molecules to pass through, but prevents others

In order to allow certain molecules through in to the bloodstream, whilst blocking others from entering, the epithelia is what we refer to as a ‘selectively’ permeable barrier. When functioning correctly, it permits the entry of very small molecules of beneficial nutrients, electrolytes and water across its border, but prevents the entry of larger molecules of undigested foods or pathogens in to the bloodstream.

This passage of nutrients occurs in two ways, either directly through the epithelial cells themselves (transcellular transport) or through structures known as the ‘tight junctions’, located between each pair of neighbouring epithelial cells (paracellular transport). Up until fairly recently, not too much was known about the workings of the tight junctions, however, scientists have recently isolated a molecule called zonulin, which appears to be responsible for opening up the tight junctions. This is an essential process for nutrient absorption and does not always lead to leaky gut, however when we have too much zonulin, and these tight junctions are too open, often this can cause what is known as leaky gut.

To read more about this, you may like to read this article on zonulin and leaky gut, and its impacts on our health.

How does the gut become leaky?

Many factors can impact on the health and integrity of the gut, and more importantly the gut lining, including:

It will probably come as no big surprise that diet is often a big factor in the development of leaky gut. Any foods that cause inflammation of the gut lining can be to blame, as inflammation causes damage to the epithelia and can weaken the ‘tight junctions’ between neighbouring cells. The average modern Western diet contains many pro-inflammatory foods, however sugar must surely take the top spot for being the worst offender. Consuming sugar causes a huge rise in various cytokines (messenger molecules of the immune system) that cause inflammation.

Staying on the topic of diet, it is not only these naturally inflammatory foods that can contribute to a leaky gut. Indeed, food sensitivities are also often implicated. The cascade of immune peptides that are released in response to a food that a person is sensitive (or intolerant) to, also creates inflammation at the mucosal level, and therefore tend to lead to a leaky gut.

Additionally, a diet that is low in fibre can lead to reduced levels of short-chain fatty acids in the bowel, such as butyrate, which helps maintain the epithelial lining.

In addition to it being a pro-inflammatory food, and a common food allergen, this particularly ‘tricky’ protein has also been shown to increase gut permeability in another way. Scientists now know that zonulin is frequently over-produced in response to gluten in the diet. Zonulin is used to regulate gut permeability. We need some, so that the tight junctions open up enough to allow beneficial substances to pass through in to the general circulation, but too much causes the tight junctions to become...well, not tight!

We are all exposed to so many chemicals and toxins on a daily basis that it's a wonder we can still survive at all. Most environmental toxins such as heavy metals, plastics, food additives, antibiotics and pesticides all cause oxidative stress and inflammation in the body, as well as a relative increase in the levels of pathogenic bacteria versus ‘good’ bacteria in the gut.

Research shows that chronic stress can lead to intestinal hyper-permeability. Elevated levels of cortisol (one of our main stress hormones) contributes to both changes in the microbiota, with a tendency towards reduced microbial diversity and lower numbers of ‘beneficial’ bacteria, and also to inflammation of the gut lining. Additionally cortisol disrupts blood glucose regulation, weakens digestive function and lowers immunity, all of which can contribute to a leaky gut picture.

A relative lack of beneficial bacteria and higher levels of opportunistic pathogens in the GI tract has many consequences both within the gut, and also systemically. ‘Friendly’ strains of bacteria produce many beneficial short-chain fatty acids as end products of their breakdown of dietary fibre. These SCFAs, such as acetate, lactate, proprionate and butyrate, help to keep the gut environment healthy and to lower inflammation. Without enough probiotic bacteria, inflammation levels rise, gut motility can decline and the tight junctions of the epithelial lining can become less ‘tight’.

One particular pathogen is often implicated in this picture, and that is the pathogenic yeast Candida albicans. Certain yeasts (including Candida) can be even more damaging to the gut lining than pathogenic bacteria, as they are able to mutate in to a hyphal form, meaning that they grow hyphae (filamentous projections) that can penetrate the gut wall lining, and give direct access to the blood stream.

Can probiotics heal a leaky gut? A look at the research

All this leads us to question that if diet, environmental contaminants, stress and dysbiosis can trigger wide spread inflammation and also an over-production of zonulin (in some instances) that lead to leaky gut, is it possible that probiotics could play a part in healing it?

Disappointingly, there have been relatively few human studies looking at the potential role of probiotics in reducing intestinal permeability. Most of the research to date has been performed using animal models; for example, in 1996, it was shown that the human probiotic strain Lactobacillus plantarum 299v and the rat-originating strain Lactobacillus reuteri R2LC could reduce intestinal permeability in a methotrexate-induced colitis model in rats.

Subsequently, many animal models have shown that lactobacilli are able to counteract increased paracellular permeability brought on by factors such as diet, chemicals, infections, or stress. It has also been demonstrated that Lactobacillus rhamnosus GG® is able to improve intestinal barrier function in rats whose tight junctions had previously been compromised by either rotavirus infection1 or exposure to cow's milk antigens2.

Due to such positive findings in animal studies, researchers are slowly starting to look at whether these results could be replicated in humans. One study demonstrated that short-term administration of the probiotic strain Lactobacillus plantarum WCSF1, given to healthy volunteers, could indeed positively influence the tight junctions between duodenal epithelial cells.

In 2017, human colonic cells were tested in vitro3 to see if a strain of Saccharomcyces boulardii could help to restore intestinal integrity. Cell samples were taken from both IBD (inflammatory bowel disease) patients and healthy controls. The trial showed that S. boulardii did indeed restore intestinal barrier strength and function, and that it did so by enabling the recycling of a certain glycoprotein called E-cadherin which provides an adhesive connection between epithelial cells.

Even more encouragingly, in 2004 a Danish study4 looked at intestinal permeability in children with atopic dermatitis. 41 children took part in the study, and were asked to take a lactulose and mannitol test at the start and end of the study period. The lactulose and mannitol test is given to identify the degree of intestinal permeability in the study participants. The test works on the principle that small sugar-alcohol molecules (i.e. mannitol) are readily absorbed by the intestinal villi, whilst larger molecules such as disaccharides (i.e. lactulose) are not. These water soluble molecules are not metabolised by the body and are therefore just excreted through the urine, where they can be collected and studied.

In between each test, the children were all given a two strain Lactobacillus supplement to take for six weeks. The supplement contained Lactobacillus rhamnosus 19070-2 and Lactobacillus reuteri DSM 12246. The results of the lactulose and mannitol tests showed that the probiotic supplementation had indeed reduced the absorption of the larger disacchardide molecule of lactulose, which can only mean that the intestinal barrier function was improved. In addition, the children had a reduction in intestinal symptoms. 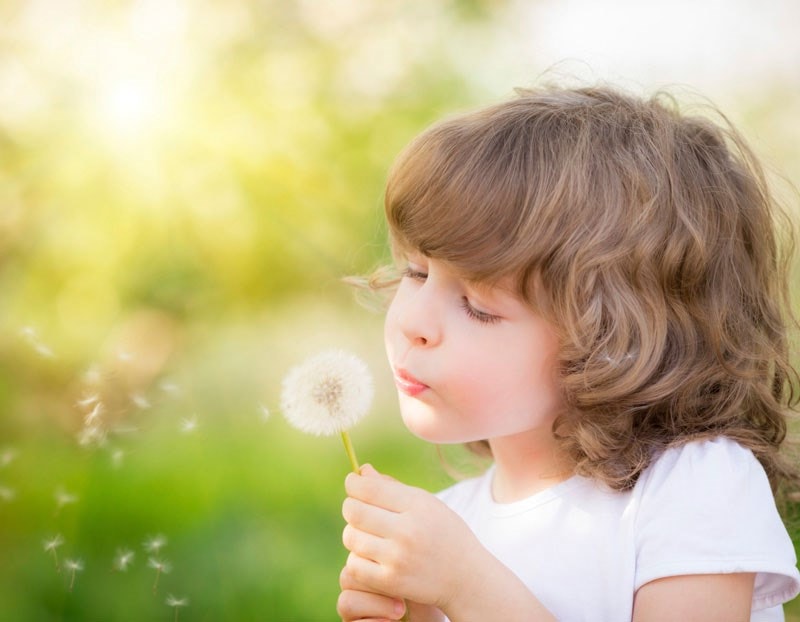 More research will need to be done before we can confidently say whether probiotics can be used therapeutically to help heal a leaky gut, however, the initial findings look promising. Given that our gut microbes are in constant communication with the immune system, and that we already know that they can influence cytokine production and increase short-chain fatty acids, therefore reducing intestinal inflammation, I would expect future scientific research to support the theory that probiotics can play a part in healing a leaky gut.

To read our in-depth blogs looking at how probiotics interact with our immune system, you may find the following post interesting: Probiotics for Immunity – a Look at the Research.

Or, head over to the Probiotics Learning Lab for Gut bacteria and allergies