Probiotics for the Prevention of Asthma?

We are becoming increasingly aware of the significant increase in asthma sufferers over the past 50 years. A total of 300 million people across the world are now estimated to have asthma, which increases by 50% every 10 years.

As a result of such dramatic rise in asthma sufferers, we are interested to report about a recent systematic review evaluating the use of probiotic (visit the Probiotics Learning Lab for more) supplementation during pregnancy or infancy with childhood asthma and wheeze.

To explain a little about the role of bacteria in immune health, commensal gut bacteria helps to develop the immune system of infants, therefore a disruption in the bacteria may lead to immune disorders in later life. It is also becoming increasingly recognised that factors such as C-section delivery, a lack of breastfeeding and the use of antibiotics, can all contribute to an increased risk of asthma.

A systematic review of a number of randomised controlled trials was carried out by two reviewers. These trials aimed to evaluate the benefits of mothers taking probiotic supplements during pregnancy, or given to infants in the first year of their life, with asthma as a primary outcome, and wheeze & lower respiratory tract infection as the secondary outcome. 20 trials were assessed, involving a total of 4866 children. One trial exclusively studied prenatal maternal supplementation, 10 trials evaluated postnatal infant supplementation and nine assessed a combination of prenatal and postnatal supplementation. The length of time of the probiotic supplementation varied between the trials, from 1 month to 25 months. A variety of probiotic strains were tested individually and in combination, which included the Bifidobacterium species (including B. bifidum, B. longum, two strains of B. breve and four strains of B. lactis) and 6 Lactobacillus species (L. acidophilus, L casei, L. lactis, L. reuteri, 2 strains of L. paracasei and 3 strains of L. rhamnosus). Six trials involved a combination of a number of probiotic strains, and five looked at using a combination of probiotics and prebiotics (see Probiotics Learning Lab). 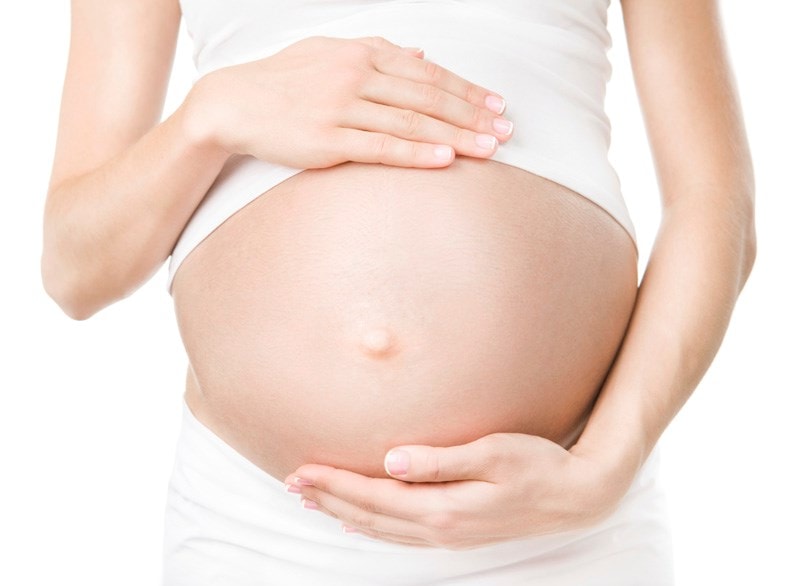 Supplementing with probiotics during pregnancy can reduce the risk of eczema

Although perinatal probiotic supplementation has been shown to prevent atopic dermatitis, more research is required, as well as more long term clinical trials, in order to fully define the role probiotics play in the prevention of asthma. This wide scale review of the many trials presents some very positive findings, and further highlights the potential health benefits of specific bacteria strains (find out more in the Probiotics Learning Lab). We would be really interested to see more research, particularly involving more human trials in the use of probiotic supplementation for the prevention of asthma in children. Despite the increasing prevalence of asthma in children as a major allergic disease, there are comparatively few trials in this area, and certainly scope for more research. It would also be beneficial for the trials to have a long term follow-up as asthma diagnosis can be challenging in children under 6 years of age. Long-term trials can however carry an increased risk of lower compliance.

If you are interested in this topic, we recently wrote about another interesting study which demonstrated that probiotic supplements can reach breast milk - you can read more about this over in the Probiotics Learning Lab. We also recently reported that probiotics given to premature babies have been found to reduce the risk of gastrointestinal problems.