Mwah! Snogging, necking, frenching or smooching? However you refer to intimate kissing, it turns out that it's actually very good for your health! In fact, a team of Dutch scientists believe we may have evolved the behaviour of intimately kissing as a way to share bacteria with potential partners and improve each others immune health... How romantic!

The study found that a single 10 second kiss transferred as many as 80 million bacteria from partner to partner. Scientists theorise that by sharing these bacteria each partner is equipping the other to fight off infections that they might introduce to each other later on. Who'd have guessed that even our immune systems like a little foreplay?! (Read more about probiotics for immunity). 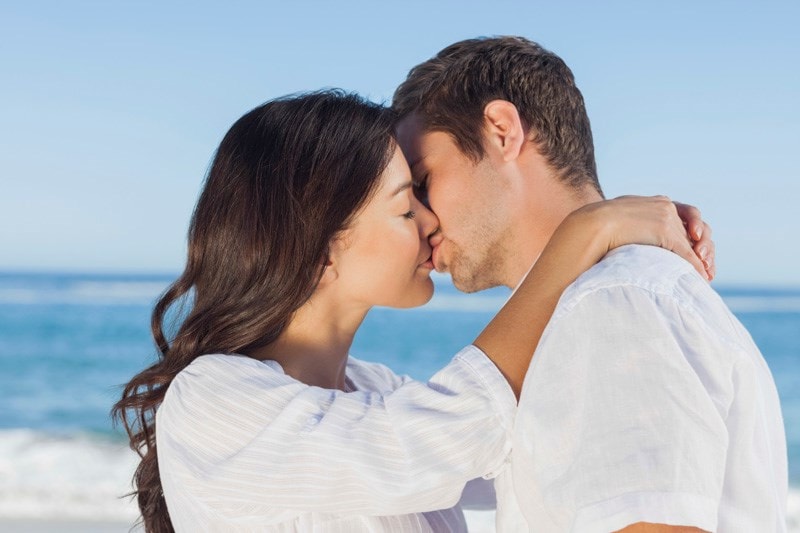 The Dutch team of scientists, led by Remco Kort from the Netherlands Organisation for Applied Scientific Research, said that the initial objective of the study was to discover the evolutionary reason for kissing, which they believe is linked to the immune system and the microbiota that help us fight off infections. (Healthcare Professionals can read more about Probiotics for the Immune System over at our sister site).

Commenting on the study, Remco said, "Intimate kissing involving full tongue contact and saliva exchange appears to be a courtship behaviour unique to humans and is common in over 90% of known cultures. Interestingly, the current explanations for the function of the intimate kissing in humans include an important role for the microbiota present in the oral cavity, although to our knowledge, the exact effects of intimate kissing on the oral microbiota have never been studied. We wanted to find out the extent to which partners share their oral microbiota, and it turns out, the more a couple kiss, the more similar they (the shared bacteria) are."

In fact, the study found that couples that shared nine or more intimate kisses a day had a very similar microbiota, meaning that they would be better prepared to fight off similar infections and digest similar foods.

This latest research echos the findings of previous studies that suggest our modern emphasis on over-cleanliness - or the 'hygiene hypothesis' - is actually detrimental to our immune health.

Many immunologists, such as Graham Rook from University College London, believe that many allergies are a consequence of our limited exposure to bacteria and the outside world. Professor Rook says that having a dog, picking food off of the floor and regularly kissing are some of the best ways to ward off allergies and keep our immune systems healthy. He says, "When the immune system is not needed it should get turned off completely. What happens these days is that often it is on a constant state of alert and it is not turned off completely. It will do something pointless like attacking grass pollen wafting past in the breeze, or attacking the neighbour's cat when it happens to walk passed, then you are going to have allergic problems."

So there you have it! Kissing is very good for you, go get frenching! And if you're single, just don't wash your hands and practice on that... just kidding, that's gross.

If you want to read more about the hygiene hypothesis check out: