Are Gut Bacteria and Colic Linked?

The exact factors which cause colic in babies remain unknown, but recent research suggests that gut bacteria may play a key role.The new study involved looking at the stools of 24 infants over the first 100 days of their life to determine characteristics of their gut flora. The subjects consisted of equal numbers of colicky and normal babies which were chosen from a larger group of infants, as they displayed the highest and lowest levels of crying respectively.

During the first few weeks of life it was found that the babies which suffered from colic were more likely to have higher numbers (a two-fold increase) of bacteria known as proteobacteria in their digestive systems than babies who did not have colic. According to the researchers, members of this phylum of bacteria produce gas (see Glossary for definition: phylum), which may be responsible for causing infants to cry, possibly due to the increase in pain and discomfort associated with gas production. 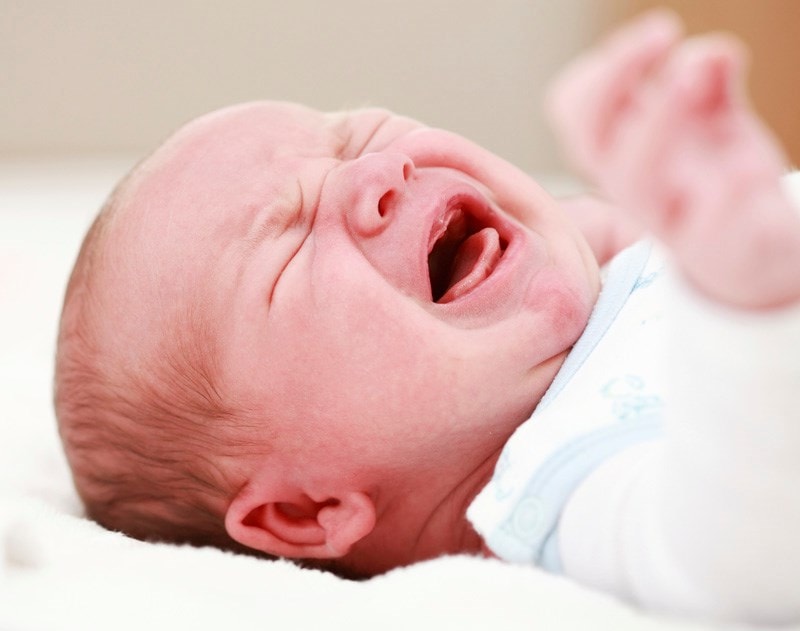 The babies who had colic were also found to have lower levels of beneficial bacteria such as Lactobacilli and Bifidobacteria. One of the researchers, Carolina de Weerth explained that members of these two genera may have anti- inflammatory effects that could lead to a decrease in the pain and inflammation associated with colic. Interesting, it was also found that general bacterial diversity in the infants' digestive systems was significantly lower in the colicky subjects when compared to controls.

The researchers concluded that during the first few weeks of life there may be the presence of ‘microbial signatures’ in babies which go on to develop colic, and that these signatures may be used to identify and understand the excessive crying associated with colic.

Although the study was small and only lasted for a few months, it does present some interesting information regarding the possible effects of gut bacteria on the development of colic in infants. Looking forward, this research may lead to the development of early detection strategies for diagnosing colic and possible therapies which focus on mediating gut flora characteristics to reduce this distressing condition in babies. Parents watch this space!