Is red wine a probiotic?

It seems like red wine is always in the news, as more and more of its potential health benefits are discovered. It's a great source of antioxidants, and has been associated with longevity, and improved heart and brain health. But is red wine good for the gut? Does red wine have probiotic properties? Find out all about probiotics in wine in this article.

It's always great to learn that something we love to eat or drink may actually do us some good! There's been quite a buzz in recent years about all probiotic foods and drinks, including probiotic wine. But does wine really have probiotics? Where can you find wine with probiotics, and which one should you choose?

Does wine have probiotics?

Wine is, like other alcoholic beverages, a fermented food. This means that it's made, in simple terms, by bacteria or yeasts fermenting certain foods. Unlike other fermented foods and drinks such as kombucha, the process of making alcoholic drinks and the addition of sulphites often kill off the good bacteria and yeasts in the finished products so that there are very few left and typically not enough to have any health benefits. But in some wines, some hardier good bacteria may remain1. More about this later on.

Which is the best probiotic wine?

Most research into probiotics and wine has used red wine rather than white. This is probably because, as previously mentioned, there has already been a lot of research into a broad range of health benefits associated with certain nutrients contained in red wine. These substances have also been shown to help support gut health - find out more about this research in the next section. It appears then, that if you're looking for the best probiotic wine, go for a nice glass of red!

Probiotics and wine: the research

The research into the potential probiotic and gut health benefits of red wine is still relatively limited, but results so far are encouraging.

A study published in Food Microbiology1 isolated bacteria found in red wine and tested them for probiotic qualities. The strains tested were 11 strains of lactic acid bacteria (LAB) belonging to the species: Pediococcus pentosaceus, Lactobacillus casei, Lactobacillus plantarum and O.oeni. 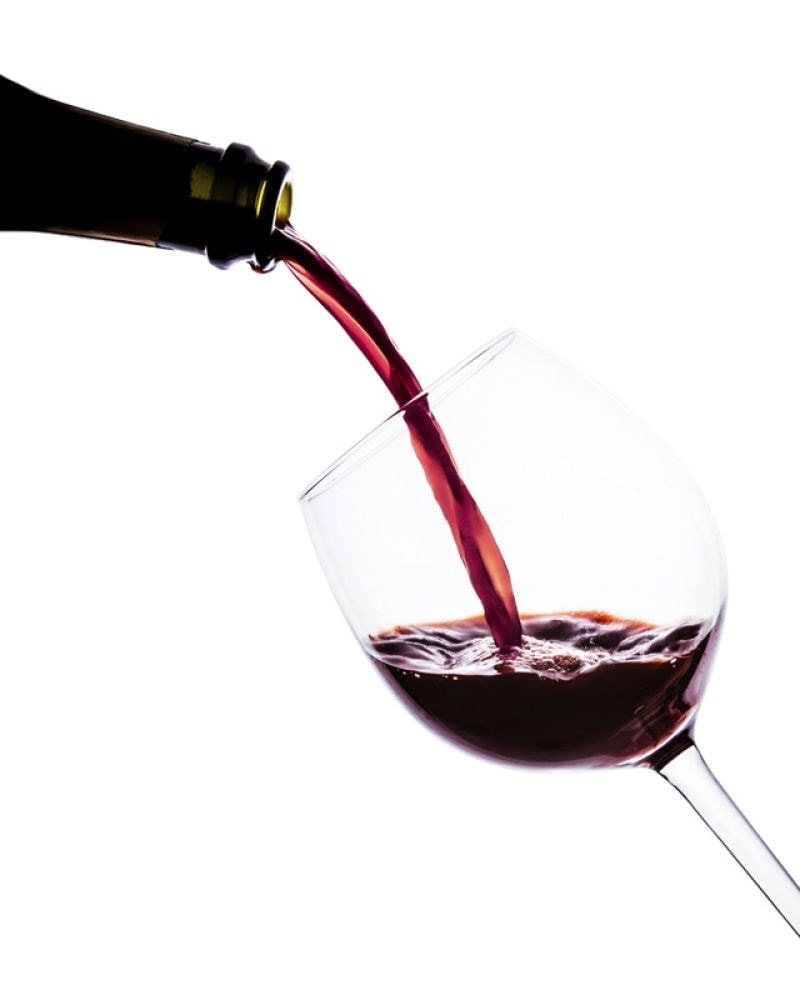 The bacteria found present in the wine were put through tests to ascertain whether they would survive simulated gastric juices. This is one of the main tests that bacteria are put through in order to be considered a viable probiotic. As well as this they were tested to ascertain if they would adhere to gut wall epithelial cells, another necessary characteristic for probiotics. The bacteria which were isolated did both of these things. In particular, one strain of bacteria, called P. pentosaceus CIAL-86, had an "excellent" ability to stick to the intestinal wall and "good" activity against harmful strains of E. coli.

This study headed up by Dolores González de Llano of Universidad Autónoma de Madrid in Spain does indicate that the probiotic properties of the lactic-acid bacteria isolated from wine are similar to those that come from more commonly known probiotic foods such as sauerkraut and miso. Certain other aspects, including shelf stability were not looked at in the study, and there remains a question as to how long the wine has to be fermented for in order to have these probiotic qualities. But the study does not mention how many microorganisms would typically be present in a glass of wine, so we can not tell the strength or 'dose' that we would be getting. This, of course, would be a major consideration if we were using wine as a probiotic supplement!

Additionally, different strains of probiotics do different things, so if you wanted to take probiotics to target a specific health condition, you couldn't rely solely on fermented foods to do this. However, as part of a balanced diet, it's good to eat a wide variety of fermented foods and drinks.

So, although fascinatingly red wine does indeed appear to contain some probiotic qualities, it’s probably not a good idea to swap your probiotic supplement for a glass of rioja just yet!

A study recently conducted at Kings College London went on to corroborate these earlier findings, by showing that the occasional glass of red wine could be beneficial for our overall gut health3.

The team of researchers, from the Department of Twins Research & Genetic Epidemiology, looked at how our gut microbiomes can be affected by alcoholic beverages including beer, cider, spirits, and both red and white wine. The initial sample was a group of 916 female twins. It was found that those who consumed the red wine had a greater diversity of bacterial species in the gut than those who didn't. The same result was seen in further cohorts in the UK, the U.S. and Belgium, and across external factors including age, weight, diet and socioeconomic status.

It's suspected that polyphenols (defence chemicals found in many fruits and veg) found in red wine are responsible for the benefits, as they can provide a boost to the microbes in our bodies.

“This is one of the largest ever studies to explore the effects of red wine in the guts of nearly three thousand people in three different countries and provides insights that the high levels of polyphenols in the grape skin could be responsible for much of the controversial health benefits when used in moderation.”

Interestingly, the same effect was not observed with any of the other alcohols, and drinking red wine as little as every two weeks was enough to notice an effect.

But it's definitely not a good idea to start knocking the Shiraz back! As with any aspect of our health, moderation and balance is key.

So is red wine good for you?

Despite these interesting findings, it would be a little dangerous to advocate the use of alcohol for its health benefits as this information could be misunderstood and misused. We mustn't forget all the research showing that drinking too much alcohol has detrimental effects to your health2. For instance:

With this in mind, we would always advocate following government guidelines on how much is safe to drink.

Despite its beneficial benefits, red wine is still alcoholic, and drinking too much may also give you a hangover! Read more about probiotics and hangovers.

Healthcare professionals can read more about Candida on the Probiotic Professionals site.

If you're interested in how various other foods have probiotic properties, how about reading about the secret properties of coffee.

If you enjoyed this article, you may also like to read:

Do probiotics survive to reach the gut alive?