The potential health benefits of probiotics (see Probiotics Learning Lab for more info) are seemingly broad and varied. Clinical research has found that different strains of bacteria and yeasts can have beneficial effects on conditions ranging from hayfever to brain health, both of which we've discussed here on our blog recently. Now a new study has found that a specific strain of bacteria may help to prevent recurrent tonsillitis in young children.

The study published in the 'Therapeutics and Clinical Risk Management' journal looked at the Streptococcus salivarius BLIS K12 strain (see Probiotics Learning Lab for more glossary terms) and its effect on 130 children aged between 3-7 years, with a medical history of recurrent tonsillitis. The participants were split into two groups, each receiving either the probiotic supplement or placebo for a 90 day period. 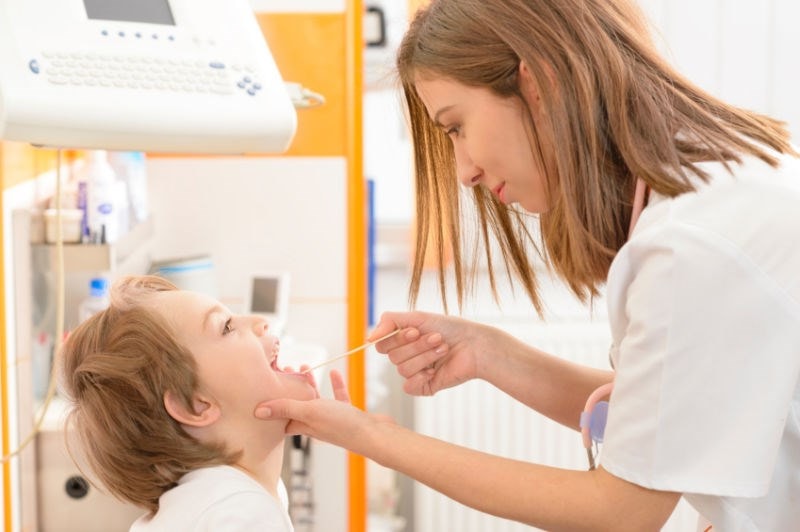 Researchers found that 88% of the children taking S. salivarius BLIS K12 suffered no infections during the 90 days, as compared to just 22% in the placebo group. What's more, the benefits of the probiotic continued well after the study, and probiotic supplementation, finished as the researchers monitored the children for a further 12 months post-study entry.

"Even nine months after the use of S. salivarius BLIS K12 had been stopped, the probability of new infections was significantly lower when compared to the period before probiotic supplementation commenced. When compared to the untreated children, those taking the probiotic appear to have had significantly fewer infections both during the trial as well as the following nine months."

Researchers concluded that the S. salivarius BLIS K12 strain may be considered in helping to prevent tonsillitis in children prone to recurrent infections.

BLIS K12 developer Blis Technologies celebrated the findings which build on previous research highlighting the probiotics' ability to potentially help with oral and throat health. A spokesman from one of the company's distributors commented on the findings:

"Streptococcus salivarius BLIS K12 has once again demonstrated its clinically meaningful efficacy and unchallenged safety profile in a population whose only other current option for supporting their throat health is an antibiotic. As we enter the era of personalised nutrition, the stage is set for Streptococcus salivarius BLIS K12 to benefit those children and adults who desire a natural approach to optimise their oral and throat health."

Or head over to the Probiotics Learning Lab and try: