Which probiotics for histamine intolerance?

If keeping the gut microbiome in balance is so important for histamine metabolism, then it would therefore follow that probiotics should be helpful in alleviating histamine intolerance; but, it is vital to understand that there are hundreds of different strains of bacteria and that they all have different roles and properties. Learn more by reading: Are all types (strains) of friendly bacteria the same? over on the Probiotics Learning Lab site.

• Certain types of bacteria can produce histamine, whereas some may have the ability to degrade histamine, and some have no direct effect on histamine.

• The ability to produce or degrade histamine is a strain-specific feature, and this does not apply to all strains within one species.

• Probiotic strains which lack the gene necessary for histamine production are fine for those with a histamine intolerance.

• Some Lactobacilli commonly used in the production of fermented dairy products can produce histamine (and other biogenic amines), which may contribute to the aroma of fermented foods such as yoghurt and cheese. Accordingly, fermented foods tend to contain a high level of histamine.

Histamine is a chemical involved in the immune system and central nervous system. It also stimulates stomach acid secretion and gut motility, which is crucial for proper digestive function. Histamine's role in the body is to cause an immediate inflammatory response to stimuli, e.g. infection, insect bites and dust mites. It is released mainly by mast cells and serves as a red flag for the immune system, notifying the body of any potential attackers and causing blood vessels to swell, or dilate, so that white blood cells can quickly find and attack the infection or problem. This is a natural immune response. Histamine is inflammatory and a build-up can cause headaches and leave people feeling flushed, itchy and miserable. If you don’t break down histamine properly, you could develop what is called histamine intolerance, which is fundamentally a result of an imbalance between the breakdown of histamine and its build up. So histamine is not necessarily ‘bad’, it has an important role to play in the body, but when too much of it is present it can be problematic in some individuals. Discover more research regarding immune health by reading: Probiotics for Immunity 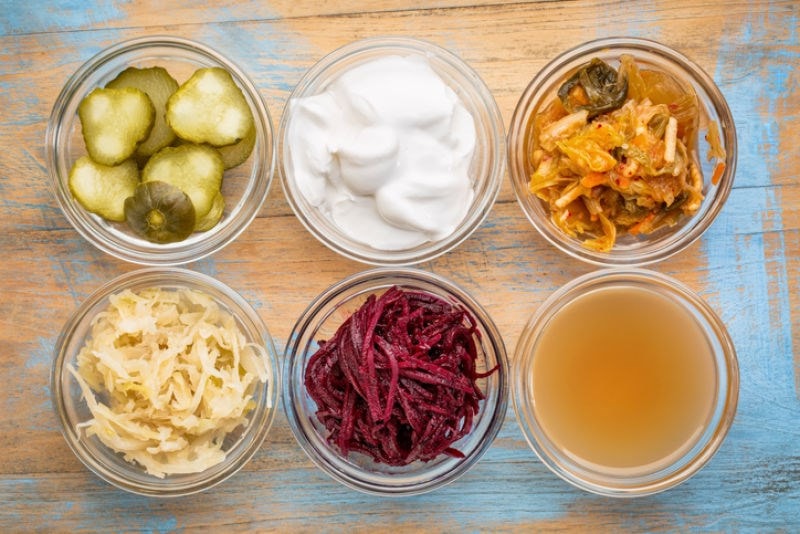 Fermented foods, such as sauerkraut, tend to contain a high level of histamine.

In addition to histamine produced in the body, there are also foods which contain it and foods which inhibit the enzyme which breaks it down. Histamine is broken down by various enzymes according to where it is in the body. However, the American Journal of Clinical Nutrition claims that Diamine Oxidase (DAO) is the main enzyme for breaking down ingested histamine, so if you have a lack of this, you are more likely to have an intolerance.1,2 In addition, alcohol and certain medications such as nonsteroidal anti-inflammatory drugs (NSAIDs), some antibiotics, and antidepressants can also release histamine or inhibit the activity of DAO.1

There are many possible causes (other than histamine-rich foods and a lack of DAO) for histamine intolerance, but top of the list are increased intestinal permeability (‘leaky gut’) and SIBO (small intestinal bacteria overgrowth/imbalance). Therefore, a disturbance in the gut microflora plays a significant role in creating histamine intolerance. Learn more by reading: Could probiotics help with leaky gut?

If keeping the gut microbiome in balance is so important for histamine metabolism, then it would therefore follow that probiotics should be helpful in alleviating histamine intolerance; but, it is vital to understand that there are hundreds of different strains of bacteria and that they all have different roles and properties. Limited research shows that some play a positive role in histamine metabolism.

Species that may need to be avoided:

Based on the small amount of research available, it is thought that some of the bacteria used to ferment yoghurt and fermented foods could potentially exacerbate histamine production, so many people with histamine intolerance choose to avoid these types of foods. Typically, these are strains of Lactobacillus casei and Lactobacillus bulgaricus. We would say that it’s important to remember that strains within a species of bacteria may react in a different way, and so not all strains within these species will have this effect, but if you're in doubt then avoid these species to be sure.

Species that may be beneficial:

Further tentative in vitro research has identified certain strains with this action, such as the Lactobacillus plantarum D-1033, Lactobacillus rhamnosus GG® strain.4 Those probiotic strains like L. rhamnosus GG®, which appear to have a positive effect on histamine intolerance symptoms, do so by downregulating the IgE and histamine receptors, up-regulating anti-inflammatory agents in the gut therefore helping reduce intestinal permeability or pathogenic bacteria from adhering to the gut wall.5-8

It’s also important to point out that everyone is different, and therefore what works for one person may not work in exactly the same way for another, so finding the right probiotic may involve a little trial and error. Find out why knowing exact probiotic strains matter on the Probiotic Learning Lab site. 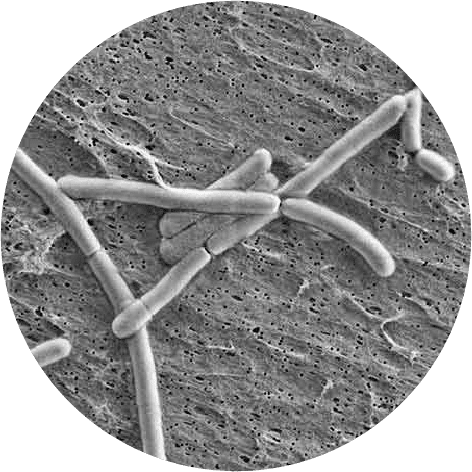 The ability to produce or not produce histamine is strain-dependent

As we have discovered, only certain strains of bacteria produce histamine, and this mechanism of action is well understood: to form histamine from histidine (a common amino acid) strains need to be able to express histidine decarboxylase enzyme. Production of biogenic amines including histamine is a strain-specific feature, and therefore not something that applies to all strains within one species. If the strain does not have the necessary genes, it can't form the biogenic amines.

Probiotic strains which have been confirmed not to express histidine decarboxylase are suitable for those with histamine intolerance.

You may find in practice that most people with histamine intolerance tend to have imbalanced gut microflora. Learn more on the Probiotics Learning Lab by reading: The microbiome - all you need to know. Gut infection and overgrowth of certain gram-negative bacteria such as Escherichia coli and Salmonella typhimurium can lead to increased histamine release.9,10 Therefore, imbalanced gut microflora can contribute to histamine overload. Moreover, as the production of the DAO enzyme that breaks down histamine occurs mainly in the gut, having gastrointestinal damage may lead to reduction in the enzyme activity.11

Another thing to consider is that both histamine intolerance and allergies may be linked to compromised gut health, as 70% of the immune system is believed to reside in the gut, and our gut bacteria are thought to be an integral part of the immune response. It has been shown that histamine-producing microbes are present within the human gut microbiota and their levels are increased in asthma patients.12 So it’s also worth considering supporting all-round intestinal health with powerful probiotic strains such as Lactobacillus acidophilus NCFM®, Bifidobacterium lactis BI-04® and B. lactis HN019. Whilst none of these strains are thought to downgrade histamine, they are not histamine-producing strains, and therefore should be fine for anyone with histamine issues to take. Learn more about Lactobacillus acidophilus NCFM®, Bifidobacteria lactis BI-04® and Bifidobacteria lactis HN019 on the Probiotics Database.

If you're interested in learning more, then you may like to look at these articles in our Probiotics Learning Lab:

Could probiotics help with allergies?