Could Anorexia Be Triggered by Bacteria?

For the first time, it has been suggested that anorexia may not just have a psycho-social cause. A fascinating new study1 has linked Irritable Bowel Syndrome (IBS), Chronic Fatigue Syndrome (CFS) and Anorexia Nervosa, suggesting that all these conditions could possibly be caused by bacterial infection.

Anorexia is debilitating and dangerous condition

Writing in Medical Hypotheses, Dr Jim Morris from the University Hospitals of Morecambe Bay NHS Trust, Dr Sue Broughton and Dr Quenton Wessels from Lancaster University, state that they feel the current explanation for the cause of anorexia is not enough. They go on to suggest that bacterial infection is believed to cause the immune system to produce antibodies, which then mistakenly attack healthy nerve cells. They believe that in the case of anorexia, these auto-antibodies may act on the brain’s limbic system, which is the part of the brain involved in motivation, emotion, learning, and memory. Dr Wessel's said that this could:

‘induce extremes of emotion including self disgust and fear’.

and that these negative emotions then

‘...become linked, in the minds of adolescent girls, to culturally determined ideas of what is, and what is not, the ideal body shape and size. It is then a small step for disgust and fear to be directed to food and obesity which the fashion industry currently demonises.’

This is a new and fresh approach to anorexia which historically has been linked most strongly to emotional and social causes.

It is worth noting here that previous research has suggested that IBS and CFS may have a bacterial origin. IBS often follows a bout of infectious diarrhoea and CFS is often thought to be triggered by viral hepatitis or other bacterial infection2,3. It has been found that it is mainly women rather than men who suffer from IBS and CFS (at a ratio of 10:1) and indeed anorexia4. It is therefore interesting to note that researchers acknowledge that women are also more susceptible to autoimmune diseases in which anti-bodies are thought to play a role such as thyroid disease, and pernicious anaemia. Auto-antibodies to regulatory peptides and to serotonin have also been found in patients with IBS and CFS5,6,7 The authors conclude from this research that

‘'Auto-antibodies to neuronal proteins induced by exposure to microbial antigens are a plausible explanation for functional disorders such as IBS, CFS and AN.’’

As a nutritional therapist, using a functional medicine approach (where health practitioners look to find the underlying cause of the symptom), I feel it is important to look at all possible clinical and emotional imbalances. Using this approach involves looking at the interactions between genetic, biochemical, environmental and lifestyle factors that can influence long term health, and complex, or chronic diseases. This approach is very much based on looking at the person as a whole. I strongly believe that the mind and body are intrinsically connected, and that emotional and physical health continuously trigger one another positively, or in this case, negatively. This connection has been overlooked in health care for a long time. However, it is becoming more commonly believed that all functions of our body, are linked in a complicated network of connections between the gut, the nervous system, hormones and emotions. Understanding this link in a person with a chronic condition may be an important step in knowing how to overcome their condition. 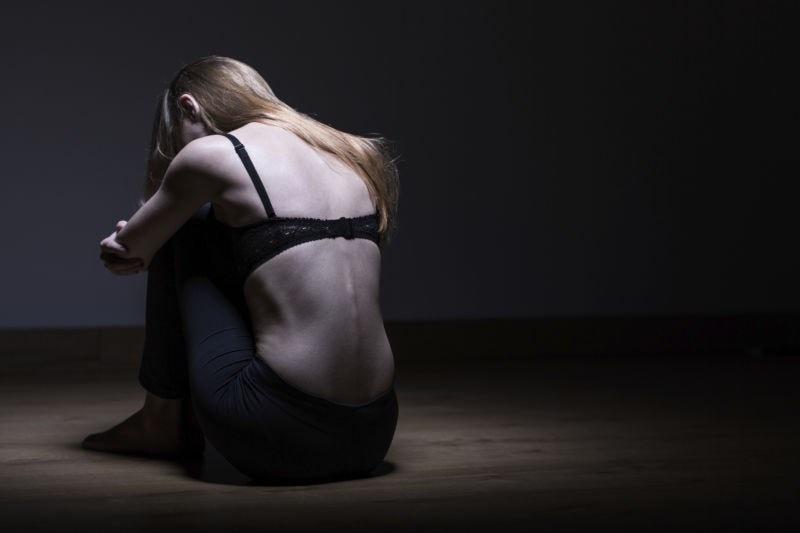 A multifunctional approach to healing anorexia may now be considered

This study is thought provoking, as it suggests a completely new possibility for treatment for anorexia. If bacteria is a contributory cause for anorexia, it should ultimately be possible to displace the offending bacteria and replace with healthy bacteria. This study indeed suggests this as a potential treatment which could ultimately correct the immune response in the body, and in doing so, protect the brain’s limbic system.

However, I feel it is vital to not forget the emotive issues behind this lonely condition, and therefore the support and help required. Perhaps looking at gut health and the corresponding immune reaction, alongside the emotional and social needs of those with anorexia, may give a more thorough approach to a sufferer's healing process.

Couple of the year: Gut and brain