There is no cure for the common cold, as the old adage goes, and so every winter we endure a seasonal bout of illnesses which we clumsily spread amongst each other. However, new research from the University Of Virginia School Of Medicine, reveals that the probiotic (read more over in the Probiotics Learning Lab) strain Bifidobacterium lactis Bl-04 may help to reduce the symptoms of a cold infection.

The common cold, or upper respiratory tract infections (URTIs) as they’re medically defined, are caused by viral infections of which there are 200 known types. These include, but are not limited to; rhinoviruses, coronaviruses, coxsackieviruses, and adenoviruses. These viruses (see Probiotics Learning Lab for more glossary terms) are quick to reproduce and stick to the adenoids in the back of your throat, where they rupture from the cells and spread to the rest of the upper respiratory tract. The spread of the viral infection within the body causes the all too familiar symptoms of sneezing, a runny nose, sore throat, and nasal congestion.

Viruses are much smaller than bacteria and must replicate within other cells, such as the cells that line the inside of your nose. Upper respiratory tract infections are almost always caused by a viral infection and this is why antibiotics, which are only effective against bacteria, are rendered completely useless against the common cold. The incredible multitude of viruses which cause colds means it is almost impossible to create a “cure” or vaccine to combat the infections. 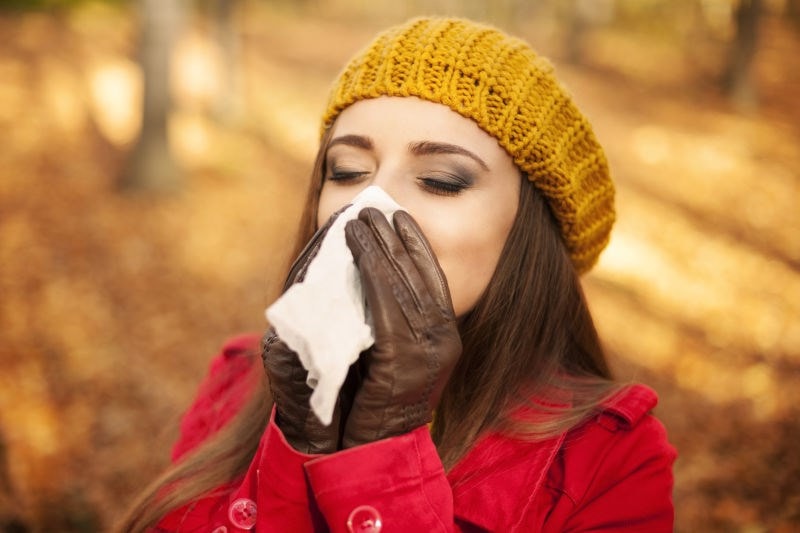 Whilst modern medicine cannot create a single cure, there are a number of ways in which we can treat the symptoms of a cold. For example, new research has found that live cultures may be helpful in reducing the symptoms of URTIs caused by rhinovirus. The study, from the University Of Virginia School Of Medicine, suggests that Bifidobacterium lactis Bl-04 can modify the inflammatory response in the nose, following rhinovirus infection. Other studies have also revealed that B. lactis Bl-04 may significantly reduce the occurrence of URTIs (West et al., 2014b).

The team at the University Of Virginia studied a total of 115 subjects, conducted in three cohorts in 2013. The study was conducted as a randomised, double-blind, placebo controlled clinical trial. For 28 days prior to the study, all participants were monitored to ensure that they were healthy before the study commenced. The participants were split into two groups and were supplemented daily with either the probiotic (B. lactis Bl-04), or placebo. All participants were infected with rhinovirus on day zero of the study, and were monitored daily thereafter.

As previously mentioned, the scientists found that the probiotic group exhibited lower nasal inflammation than the placebo group. However, this was isolated to the nasal passage, and inflammation was unaffected in the lower respiratory tract.

“Our study suggests that ingestion of Bl-04 may modulate innate host responses in the nose and may impact virus replication in humans.”

The team concluded that their study warranted further investigation into the potential for prevention of viral respiratory infection by probiotic supplementation. The team also highlighted the potential of intranasal administration of Bl-04 to enhance the effects observed in their findings.

You may be interested to learn that you can find B. lactis Bl-04 in our Probiotics Database for more information.

Or head over to the Probiotics Learning Lab to read:

BBC documentary discusses how gut bacteria may affect our sleep