Probiotic Use Against Antibiotic Resistance

With antibiotic resistance taking high priority on the political agenda at the moment, now seems a good time to take a look at this growing concern, and discuss the challenges that it presents to modern medicine and society in general. 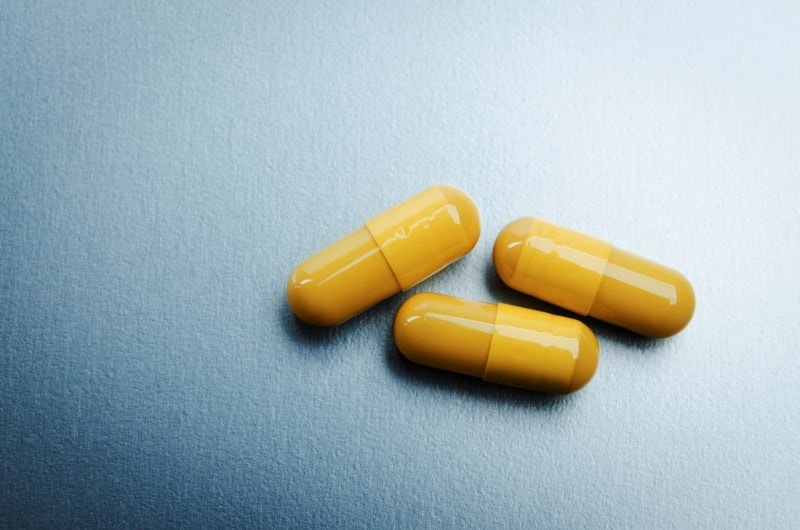 Prime Minister David Cameron has recently announced a review into why so few new anti-microbial drugs have been introduced to the pharmaceutical market in recent years. The review panel, consisting of experts from science, finance, industry and global health will be analysing three main issues: the increase in drug-resistant strains of bacteria, the failure of the pharmaceutical industry to introduce new classes of antibiotics (see Probiotics Learning Lab for more glossary terms) and (what he calls) the global over-use of antibiotics.

So, what is antibiotic resistance, and how do bacteria become resistant?

Antibiotic resistance is defined as the ability of a bacteria to prevent an antibiotic from working against it. The bacteria achieves this in a variety of ways, including: mutating their own genetic material to make themselves resistant to harm by the drug, and ‘picking up’ genetic material from other bacterial cells or viruses that already contain genetic coding for antibiotic resistance.

It is the ability of bacteria to transfer antibiotic resistance between their populations that presents the biggest threat. Take the hospital ‘super-bug’ MRSA (Methicillin-Resistant Staphylococcus aureus) as an example. This bacteria has developed resistance to all, but the most potent, of antibiotics, and it can spread quickly from patient to patient. This poses additional risks within a hospital setting, as surgical procedures and lowered immunity expose patients to a greater risk of infection.

Another major factor in the spread of antibiotic resistance, is patients not completing a course of antibiotic medication. Common side-effects from antibiotics, such as diarrhoea or thrush, can prompt patients to stop taking their medication, before the course is finished. In this situation, not all of the bacteria causing their infection will have been killed, and the surviving population, having been exposed to a small dose of the antibiotic, will actually be stronger than before. They are able to use this exposure to the antibiotic to learn how to mutate their genetic material in such a way that, should they encounter the same medication again they will not be affected by it.

This newly mutated and more resistant version of the bacteria can then quickly spread to other people in a family or social group, and amongst the population at large.

In this regard, probiotics could have a part to play in slowing down the spread of antibiotic resistance. Certain strains of probiotics have been demonstrated in clinical trials to prevent the side-effects associated with antibiotics. Lactobacillus acidophilus Rosell-52 and Lactobacillus rhamnosus Rosell-11 (found in ‘For those on antibiotics’) were given to 20 children suffering with respiratory tract infections, alongside their antibiotics. The trial showed that none of the children suffered any intestinal complaints during the treatment period, and their intestinal flora remained normal throughout.1 This study shows that L. acidophilus Rosell-52 and L. rhamnosus Rosell-11 effectively prevent antibiotic associated diarrhoea. 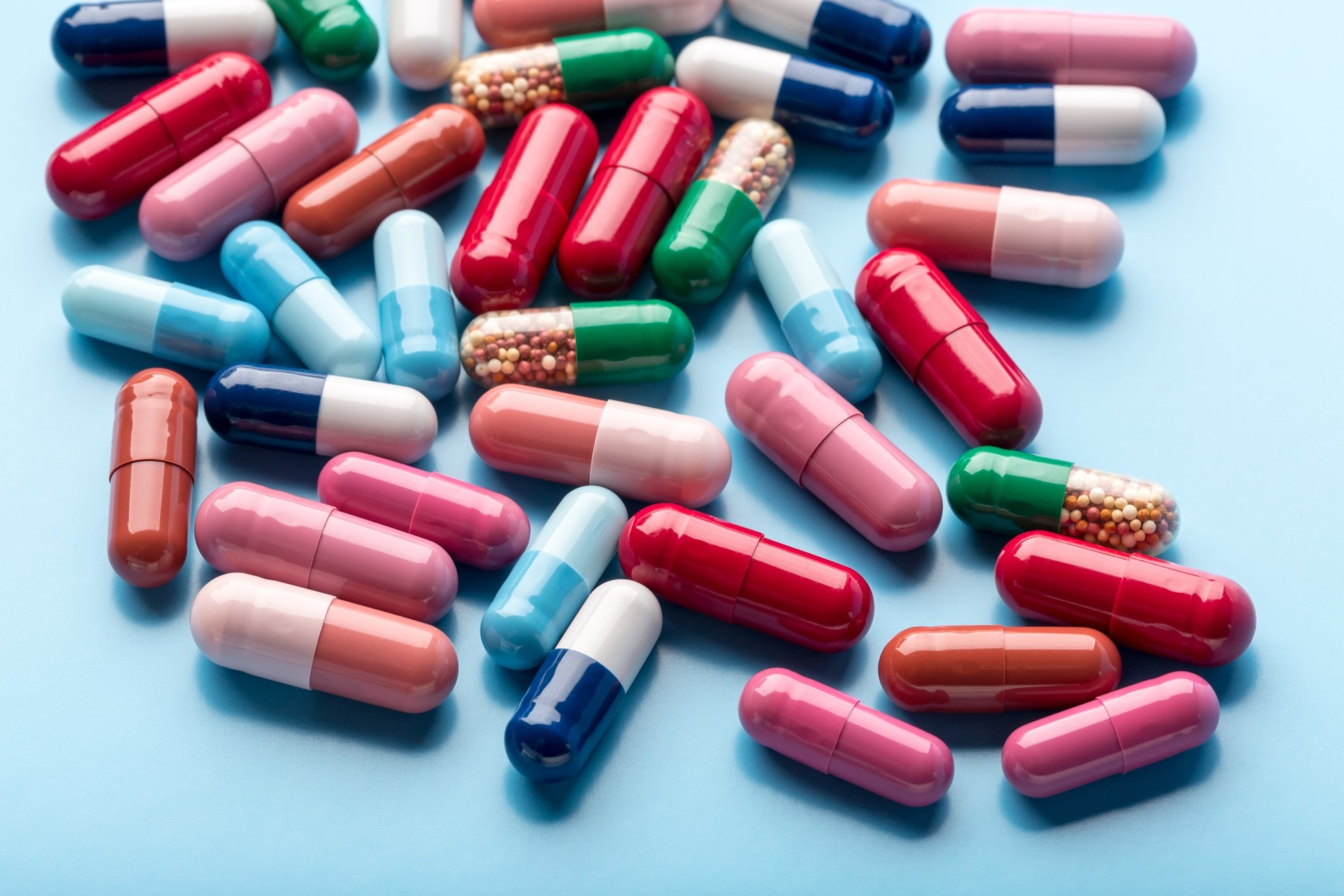 We have been fortunate enough to be speaking with Lynne V. McFarland, an Infectious Epidemiologist at the University of Washington. Lynne is a global authority in the field of probiotic research, and we asked her for her views on antibiotic-resistance, and the role that probiotics could play. Lynne kindly provided us with the following quotation:

‘Patients often ask me why the treatment prescribed by their doctor didn't work (especially for antibiotics given to fight an infectious disease). One of the most common reasons is that people stop taking their antibiotics if they develop side-effects (for example, diarrhoea) while taking it, so they stop before they are fully done. The consequences of this include not completely killing all the disease-causing pathogens, so their infection comes back and they have to be treated again with even more antibiotics. Repeated antibiotic exposure leads to the development of antibiotic resistance, so this limits the choices of antibiotics your doctor can use in future infections. How can we break this vicious cycle? Scientific studies have shown that some probiotics are very effective in reducing these side-effects, so they can be taken along with the antibiotics to reduce the development of those unpleasant reactions (like antibiotic-associated diarrhoea), so people will complete their course of treatment and get rid of their infection. This should also reduce the development of antibiotic-resistant strains of pathogens. Be sure to check which probiotic strain you use, as not all probiotics are effective against diarrhoea.’

For further information, read about taking probiotics alongside antibiotics on our Learning Lab website.

The over-prescription of antibiotics

If the prevention of side-effects enables a patient to complete their course of antibiotics, this would present the bacteria with less opportunities to mutate, and become stronger. Equally however, if the medical population considered treating very minor infections, or non-critical conditions such as acne, with alternative treatments to antibiotics, then we could further reduce the bacterial exposure to drugs, and give them less opportunities to become resistant. Probiotics could be a good, alternative option in some, non-acute situations, especially with regard to improving skin health.

A recent study2 involving 56 patients with acne showed that the consumption of a Lactobacillus-fermented dairy beverage improved clinical aspects of acne over 12 weeks. Specifically, the probiotic drink consumption led to significant reductions in total lesion count in addition to a marked reduction in sebum production. This study gives further support to the evidence that probiotics have a role to play in acne therapy.

More and more research is being carried out to demonstrate the clinical applications of probiotics. Whilst it was once thought that their positive effects were mostly limited to the digestive tract, it is now understood that their benefits are far wider-reaching. Without further research we can not say at this point how large a part probiotics might play in the fight against antibiotic resistance, however it is certainly an exciting field, and one that should be thoroughly explored by the scientific world.

Given that probiotics are live bacteria, they are just as capable of changing their genetic material to adapt to their environments as pathogenic bacteria are. This ability to adapt and to become stronger, may become a vital ‘weapon’ in the war against drug-resistant microbes in the future.