Scientific research is increasingly finding that the effects of probiotics are further reaching than just the gastrointestinal tract. Studies have found that probiotics (visit the Probiotics Learning Lab for more) have the potential to effect areas outside of the gut such as skin health, mental wellbeing, weight management, cholesterol levels, oral hygiene and vaginal health.

The latest study to look at the effects of probiotics outside the gut comes from the National College of Natural Medicine (NCNM) in Portland, Oregon, USA. A group of researchers there evaluated the effects of Saccharomyces boulardii on cholesterol levels and other cardiovascular biomarkers. S. boulardii is an incredibly well-researched live culture in areas such as diarrhoeal illnesses and pathogen inhibition. However, little is known about its effect on the cardiovascular system, until now. 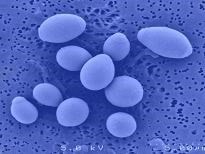 The results showed that eight weeks of daily S. boulardii supplementation resulted in a negligible reduction in total cholesterol, LDL cholesterol, HDL cholesterol or triglycerides. However, a 15.46% decrease in remnant lipoprotein particles was measured. This is significant as remnant lipoproteins promote the formation of fatty deposits in the arteries. Similar results were found in previous studies, suggesting that S. boulardii may be used in conjunction with other cholesterol lowering supplements or medications.

It's incredibly exciting to see yet more research into the effects of probiotics outside of the body. If you're interested in learning more about Saccharomyces boulardii, see this article on the classification of S. boulardii.

You can find the strain in Optibac Saccharomyces Boulardii.